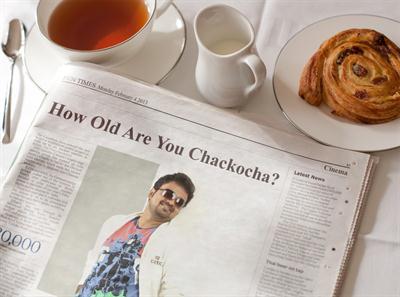 While going through the titles of malayalam movies, with no doubt you will be pulled up to have a second reading. Thanks to those young generation intellectuals who truly have to be credited for giving a brain gym which have landed in unique names. Just think how many times have you asked – How Old Are You? Anyway, this might have made director Rosshan Andrrews to pick this as the title of his next project.

After completing 'Mumbai Police' featuring Prithviraj, Jayasurya and Rehman, the director will move to his next venture titled 'How Old Are You' which would be scripted by Sanjay and Bobby who already had done for Rosshan's previous 3 movies like Notebook, Cassanova and Mumbai Police.
Young superstar Kunchako Boban will be donning the role of hero. It is much sure that 'How Old Are You' will be seen as one of the most anticipated malayalam movie in 2013 as Rosshan Andrrews has proved his mettle as director right from his directorial debut 'Udhayananu Thaaram'.

Meanwhile Kunchako Boban might be on cloud nine being a part of the first hit in 2013 – Romans. He is currently busy shuttling through the shooting locations of 3 Dots and Kadhaveedu. Sugeeth who had made a thrilling opening as director through 'Ordinary' has brought Biju Menon, Prathap Pothen, Janani Iyer, Rahman and Narain along with Kunchacko Boban onto a single platform with 3 Dots.

'Kathavedu' directed by Sohanlal will feature Kavya Madhavan pairing with Kunchacko is currently progressing. Another project on the line is Rajesh Pillai's 'Motor Cycle Diaries' with Nivin Pauly while the shooting will start in April. Later would be Pullipulikalum Aattinkuttiyum directed by Lal Jose which also will go on floor during April. During the while God for Sale: Bhakthi Prasthanam directed by Babu Janardhanan is delayed for unknown reasons. Kunchako Boban would also be seen in an untitled project designed by Major Ravi.

So get ready to watch out for young hero Kunchako Boban and ask him- 'How Old Are You'.