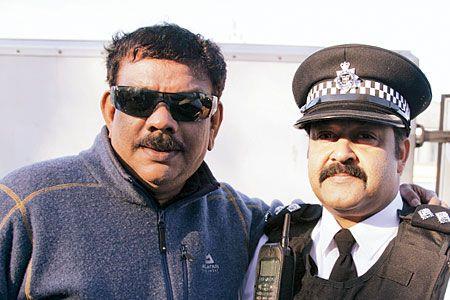 If we ask a normal malayali, which is the malayalam movie that you have seen most in your lifetime, the answer would be none other than – 'Manithithrathazhu'. This 1993 psychological thriller written by Madhu Muttam and directed by Fazil was an unusual theme which proved to be a box office hit running successfully for a year.

'Manithithrathazhu' won both State and National Film Awards with actress Shobana getting praise for her acting brilliance. It won the National film award for best popular film providing wholesome entertainment while Shobana was credited with best actress award at state and national level.

An interesting fact about 'Manithithrathazhu' is that, it even twenty years of its release the movie was screened more than 12 times a year on Asianet fetching the maximum TRP rating on every screening which no other movie could deliver. 'Manithithrathazhu' was later remade in Kannada, Bengali and hindi with the titled 'Apthamithra', Chandramukhi, Rajmohal and Bhool Bhulaiyaa respectively.

The hot news is that, Mohanlal who thrilled the audience in Manithithrathazhu is gearing up to reprise Dr Sunny the psychiatrist in Priyadarshan's upcoming movie. The movie which is not a sequel of 'Manichithrathrathazhu', Priyadarshan has sought permission from the makers of the movie to introduce the character in the film. Priyadarshan and Dennis Joseph who are reuniting after 26 years have completed the preliminary draft of the project which is scheduled to start rolling by the end of June.

Priyadarshan who had donned Bhool Bhulaiya, the hindi remake of Manichithrathazhu was waiting for a good subject to put Dr Sunny in the correct spot. It is known that Mohanlal and Innocent will be retained in the upcoming movie. It is also reported that the team is thinking about the use of holography technology for 3D rendering. So get ready for a visual treat offered by Priyadarshan and Mohanlal.