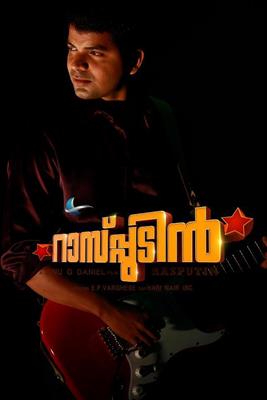 Vinay Forrt, the young malayalam actor who known for his versatility in acting is ready to take up a challenge. After getting casted in a number of movies including Theevram, Da Thadiya and Shutter, Vinay will be seen in Biju Bernard's directorial debut 'Panama'. Panama which is to shot in Lakshadeep is not a commercial movie. Like his previous flicks, the actor would be doing a role which do carries a lot of scope in characterization.

Vinay who already had proved to be an unconventional artist is on cloud nine after being a part of a couple of ventures which could bring out the best in the young man. An actor who is ready to go after experimentation is very clever in choosing new projects.

Jinu Daniel's Rasputin will be his next release while Vinay will also be a part of Kiran Chand's 'iPhone'. He portraits as the father of an eight-year-old child, who is being brought up in a family which focus on values and relationships. The movie will also have Jishnu and Nedumudi Venu donning important roles.

The award winning movie 'Shutter' can be said to a turning point in the career of Vinay was flooded with opportunities. His character as an auto driver carried a range of emotions which was done with perfection. He was poured with appreciations from all quarters.

Even though the actor is getting many offers, he is very wise in choosing the best which could up lift his career. As the young movie makers are innovative, a large number of films are getting released which is creamed with novel themes. Being trained in martial arts, Vinay wishes to do a different hard core action film which could stand different from others.

Rasputin is currently undergoing the final stage of its making. The actor plays the main character who carries a lot of complexities. It a like an Amercian sitcom, which also feature Sreenath Bhasi and Aju Varghese in important roles.