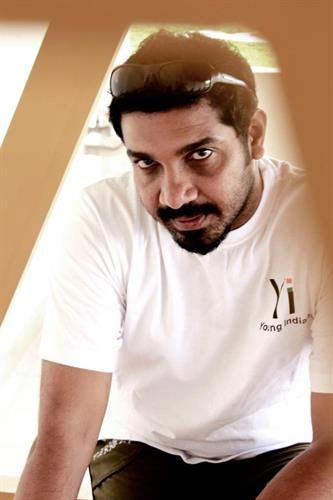 Anoop Kannan who had made his directorial debut with Jawan of Vellimala is back in business with 'Homely Meals' which is all set to start rolling from the last week of May. The story, screenplay and dialogues are written by debutant Atlee. Along with Atlee, popular malayalam actors like Suraj Venjaarumoodu, Nedumudi Venu, Salim Kumar will don important roles.

Anoop will be introducing a bunch of youngsters through this movie. Even though Anoop's 'Jawan of Vellimala' did not offer much to the audience, the young director who has learned from his flaws is expected to deliver something new to the movie buffs.

It is also known that Anoop is having plans to direct another movie for the script of A C Vijesh who had donned the screenplay for Mammootty starrer Emmanuel which has already been declared a super hit. A top young hero in malayalam film industry will be doing the lead character in this untitled project.

Being a part of the young breed directors, Anoop is looking forward to create his own space through 'Homely Meals' which would focus on a unique theme. The movie will start rolling from the last week of May and is likely to reach theaters this year itself.

A long line of movies mostly by debutant film makers are under production eagerly waiting to reach theatres. Considering the new projects which are under work, more than 150 plus movies will be added in 2013 to 60 movies which have already been released.

Among the upcoming movies Samrajyam II Son of Alexander, Swapaanam, Left Right Left, Kadal Kadannu Oru Mathukutty, Factory, Chewing Gum, Memory Card, Salala Mobiles, Escape from Uganda and Pullipulikalum Aattinkuttiyum few which do carry an element of suspense in making. Even though the given titles are limited there are many other movies which do carry variety in their theme. Motor Cycle Diaries, Arikil Oral, ABCD, Idukki Gold, Rasputin are few others which can bring excitement to the movie enthusiasts.