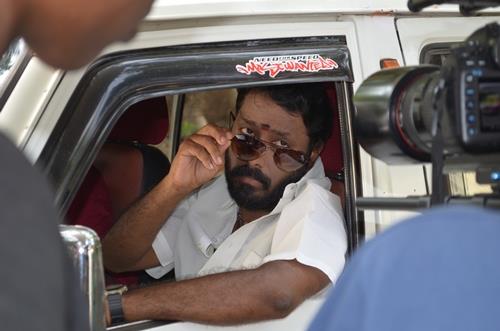 Are you ready to meet a multitalented personality who had excelled in almost all fields in the movie industry? If so Chandru Manickavasagam would be the ideal person who can be credited as an all-rounder making his presence as a film maker, scriptwriter, short film director, creative producer and much more. This Chennai based filmmaker who had been in the field for the past 17 years is making his directorial debut in malayalam with 'Aval Vannathinu Shesham'. Talking with SpiderKerala Chandru shared this thoughts and views about his career.

While we asked him about his career in the film industry, Chandru Manickavasagam was happy to share this experience in the industry which can be traced back to 1996. "I started by bondage with the industry way back in January 1996. During this long period I had gone past lot of experiences which gave me insight about my strength and weakness.

From my young age, I started writing short stories for tamil weeklies and monthlies. I had worked with various television channels and has directed including a quiz series titled 'Independence Trophy' for Vijay TV with Mrs. Kanimozhi Karunanidhi.

I kept my presence felt as a film maker; scriptwriter, short film director and creative producer which kept me live in the industry. My two documentary films 'Sakthi' & 'Sigaram' which showcased the empowerment of women in Tamilnadu reached the mass in less time.

My films were credited with Best Film Awards from Govt. of Tamilnadu and at Film Festivals. As prime focus, I do concentrate more on film making. A documentary film titled 'Take Diversion', tamil prooejcts like 'Kizhakku Paatha Veedu' and 'Kattil' are under production. 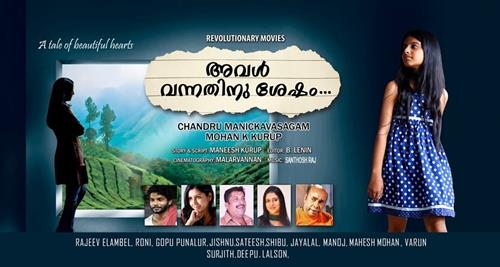 During the talk we asked Chandru about 'Aval Vannathinu Shesham', his first directorial venture in malayalam. "Yes, I am entering with industry with my first feature film which is currently at post production. Scripted by Maneesh Kurup, this movie is produced by Mahesh Mohan. Malarvannan who is known for his doing documentaries for Discovery, History, AXN and some international channel has donned the role of the cinematographer.

B.Lenin who is known for his work behind the camera has won the National Film Award for Best Editing for the Tamil film Kadhalan. After being the editor for malayalam movies like Thoovanathumbikal, Innale, Thazhvaram and Amaram, Manjadikuru, Lenin would be comfort on the editing table for my movie. We are introducing a young music director, Santhosh Raj through this movie." says Chandru.

"Baby Nayanthara won the best child artiste award from the state government will play the lead character while Maneesh Kurup is being introduced as a hero, and Rosin Jolly as heroine. Kochu Preman, Jayan, Girija Preman Satheesh, Ajith, Malini and Harissa will be donning important roles.

The shooting of the movie was successfully completed successfully at various locations set at Ernakulam, Cochin, Kollam and Punalur. I am also doing a important role in the movie. Now the film is moving towards dubbing and will be releasing in August." signs off Chandru.

As 'Aval Vannathinu Shesham' is gearing up for release we expect that Chandru would deliver something special through his movie.