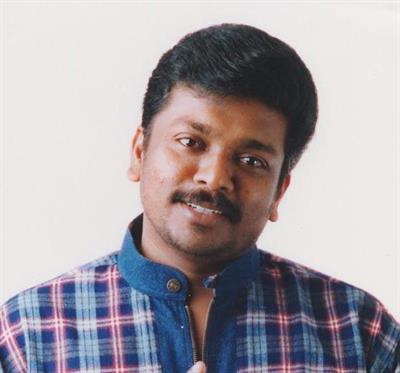 Parthiban who had made his presence alive on silver screen from 1981 onwards is gearing up to don his directorial venture in malayalam. The actor who is already a known face among the kerala audience will make his directorial debut with 'Wi-Fi Alla Wife', a family entertainer which revolves around the life of a modern couple.

Parthiban who had done few memorable characters in malayalam would be happy to shoulder a project which is coupled with humour. Wi-Fi Alla Wife (no sharing), will be carrying a social message while the shooting of the movie is planned to begin in September.

Other than scripting for the movie, the actor will also be seen in an important role along with familiar faces. The lead hero will be a young actor while the heroine will be a debutant. The movie will trace the relationship between a husband and wife. Parthiban is currently busy with the acting in 'Janal Oram', the remake of malayalam hit movie 'Ordinary'.

The ace actor will reprise Biju Menon's character in this movie. Another much anticipated venture in pipeline for the actor would be Gautham Menon's Suriya-starrer, Dhruva Natchathiram. He has also signed a couple of projects in Malayalam including Sanjeev Sivan's `Bad Boys' and Rajesh Nair's `Escape to Uganda'.

Parthiban was very much impressed by the script of Rajesh which made him to sign for the movie. Even though there are romours that Parthipan was called to be a part of Aashiq Abu's The Gangster, there is no confirmation about the report.

He had already sizzled the malayali audience with his acting brilliance in Narendran Makan Jayakanthan Vaka and Melvilasom is expected to do the same in his new avatar. Parthiban who donned the character role of Sawar Ramachandran in 'Melvilasam', won the P. Bhaskaran award for the Best Actor of 2011.