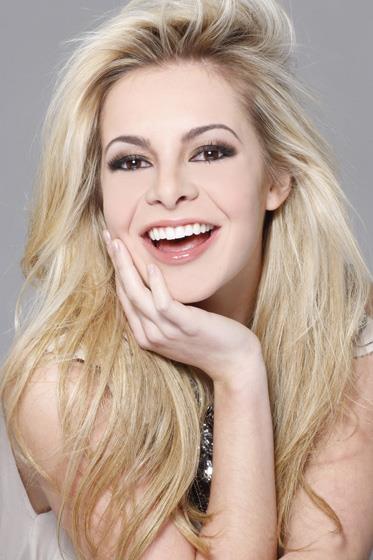 After Chan Shu Min and Daniela Zhacheryl, now it is the turn of yet another beauty to make her presence in a malayalam movie. Chan Shu Min starred with Sreenivasan in Arabi Kadha while Daniela Zhacheryl was seen romancing Kunchako Boban in Spanish Masala. Now it's time to welcome Savannah Schechter who would pair with Dulqer Salmaan.

Savannah Schechter will romance Dulquer Salman in ABCD American-Born Confused Desi malayalam movie directed by Martin Prakkat. Produced by Shibu Thameen, the movie which is set to release on 14th June will have Aparna Gopinath and Jacob Gregory in the lead roles.

Savannah who had who won the Miss New Jersy Teen USA Title in 2011 and also received many academic awards would play the lady love of Johns donned by Dulquer Salmaan.

18 year old Savannah is a resident of Far Hills, New Jersy in USA. The young girl who shown her talent as actor and singer, had been a part of the school choir and received many awards in academic, English, History and Drama awards.

Savannnah had done lead role as "The Witch" in the musical "Into The Woods." With a passion over singing, Savannah was well honoured to sing the National Anthem in front of 62,000 people!

The actress who enjoys travelling is much interested in experiencing new cultures. Aspiring to become a new anchor on a national television network is much excited about her role in ABCD. Much interestingly, the actress would be featured in the song 'Johnny Mone Johnny Mone' sung by Dulquer Salmaan.

The movie zooms into the journey of two young American Malayalees to their Motherland, Kerala. American-Born Confused Desi (ABCD) is a term which is being used to refer to South Asian Americans born in the United States. Blessed with the music of Gopi Sunder, the two songs had already gone viral.