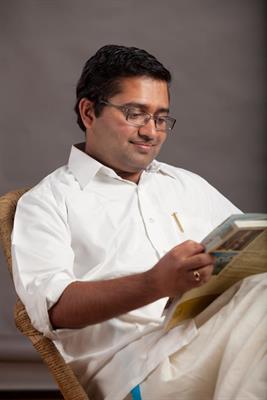 Yet another youngster is gearing up to make his directorial debut in malayalam film industry. Arjun Mohan who has experience being the producer of the upcoming release 'The One' is eagerly waiting to stand behind the camera as the director.

Titled '13 – B Hindu Marriage Act', this romantic comedy will be produced by Arjun's brother Parthan Mohan. The story of movie revolves around the like of a young couple and the various facets of love. The movie is scheduled to start by mid-October and last till mid November at Trivandrum, Bangalore, Ahmadabad and various locations in UK.

'13 – B Hindu Marriage Act' zooms into the life of a young couple who falls in love. After years of love and romance, the love birds got married. When the couple started their real life, confusions did arise. This movie unveils the various sides of love leaving a good message to the society too.

With the scripting, planning and casting are on the way, this movie would be having a young cast. Heard from the grapevine, Parvathy has been roped to play the lead lady in the movie who would don the role of a software professional.

Set on the backdrops of a city, it would show the raw realities of an urban life equipped with the old good-mannered storytelling techniques. The various shades of reality like lost love, new-found love, marriage and the perplexity which arises later is being showcased here.

Parvathy is currently busy with the shooting of the Malayalam-Tamil bilingual titled Pravasi. She will also be doing a prominent role in Angry Birds in Love featuring Anoop Menon and Bhavana.