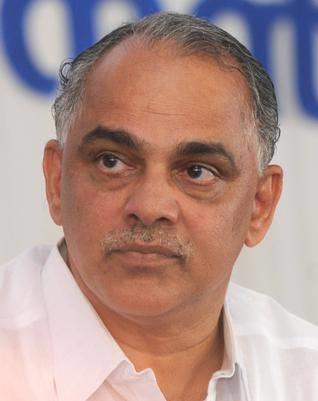 Yet another scandal has rocked the state which would be having a lot of political discussion in the coming days. As per the complaint filed by a 30-year-old woman, a native of Manjapra, the Aluva police have registered a case against the former minister Jose Thettayil, a Janata Dal (S) representative and his son Adarsh.

Reacting to the news Jose Thettayil said that he knows the woman for nearly four-year-old but the acquaintance with the woman but the allegations are baseless. The visuals aired were morphed as the woman being a computer expert. Thettayil also added that, he never had proposed her for his son and there is a big conspiracy was behind it.

Thettayil, a JD(S) leader, former transport minister and current MLA from Angamaly said that he knew the woman as she had approached him to get married to her son. He also alleged it as a "political conspiracy".

With the CPM-led Left Democratic Front gearing up to stage a massive protest in front of the assembly on Monday demanding the resignation of the Oommen Chandy, the current development might be setback to the opposition. The assembly sessions were not functioning properly due to the havoc made by the LDF.

The woman who holds a Master's degree in computer applications handed over a 15-page complaint along with a CD claiming that the 62-year-old former minister and his son Adarsh had exploited her. State Home Minister Thiruvanchoor Radhakrishan has said that the Ernakulam Crime Branch SP S Ajitha Begum Sultan would probe the matter.