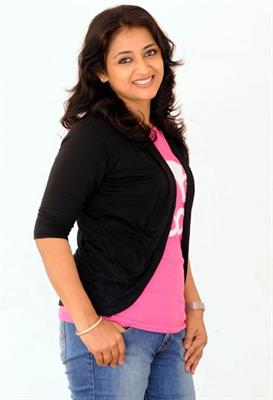 Sreedhanya H Thekkedath, a known among the family audience as a television anchor is gearing up to make her presence alive on big screen. She would don the central role as a nurse in Rajesh Ramachandran's directorial debut 'Swapnatheeram'.

The movie revolves around the life of a 38 year old nurse who works in Dubai and a 42 year old man who still remains a chronic bachelor.

Mukesh, Krishnan Balakrishnan, Sudheer Karamana, Parvathy Nair, and Kukku Parameswaran will don important roles in this movie. Produced by Gafer Arikady under G M Productions, 'Swapnatheeram will start rolling in Dubai from August and would reach theatres in December.

Sreedhanya who hails from Palakkad who had been active in television as an anchor is truly excited to work with a project which is spiced with all elements which is needed for a commercial movie.

She will give life to a 'Thrissurkari nurse' who works in Dubai. Even though Sreedhanya has acted in a couple of movies, 'Swapnatheeram' could be kept close to heart as it gives ample chance for the actress to show her acting talents.

Sreedhanya is proud to be called as a social worker who worked with an NGO called Darshan which aimed at uplifting the helpless women. During her service, Sreedhanya was invited to be a part of the talk show hosted by Leela Menon to speak about her social activities.

Samantharam in Amritha TV which focused on social issues brought her to the fore front as an anchor. It was at this point that, Sreedhanya realized her journey from social work to the world of cinema.

Sreedhanya during the period polished her inner talent and shaped herself to be a perfect anchor. She later became a part of Manorma News as host for Vaidyashala and Veedu.

Swapnatheeram is expected to bring good luck to Sreedhanya and also to cheer up her to climb up the ladder of success.