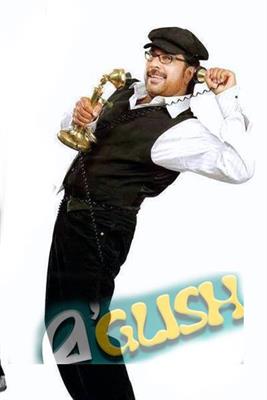 Megastar Mammootty who has been making his active presence in the film industry for the past 3 decades is gearing up to entertain the movie enthusiasts with his next venture. Creamed with humour, the movie titled 'Manglish' will have an exciting theme which can keep the audience intact.

To be directed by Salam Palapetty with Mammootty in lead, 'Manglish' will be blessed with the presence of Fahad Fazil and Anusree. To be produced by Muhammed Haneef under the banner of Red Rose creations, this movie revolves around the life of a person who speaks only English, even at incongruous situation.

Mammootty has tried different intonations in many of his previous movies like Thommanum Makkalum, Pothen Vava and Mayavi. Likewise 'Manglish' is also expected to stand along with them in the sense of humour. Salam Palapetty who made his entry into the industry teaming up with Mohanlal for Red Wine is getting ready to take his second venture to heights this time joining with Mammootty.

'Red Wine' could not entertain and even was not able to win the hearts of the audience. The movie failed to make ripples in the Kerala box office. Through 'Manglish', Salam wishes to create his own space in the film industry. After finalization of rest of the cast, the movie would start rolling very soon. Scripted by journalist K P Riyas, the movie would start rolling after the finalization of rest of the cast.

After Kammath and Kammath, Immanuel and Kadal Kadannoru Mathukutty, Mammootty is looking forward for movies Kunjanathante Kada and Daivathinte Swantham Cleetus which are expected to reach theatres in a couple of week time. Other movies on pipeline for Mammotty are Balyakala Sakhi, The Gangster and Black Investigator. Meanwhile the actor will also join V K Prakash donning real life job as a barrister on silver screen. Scripted by Y V Rajesh, the movie will also have the charisma of Rahman.