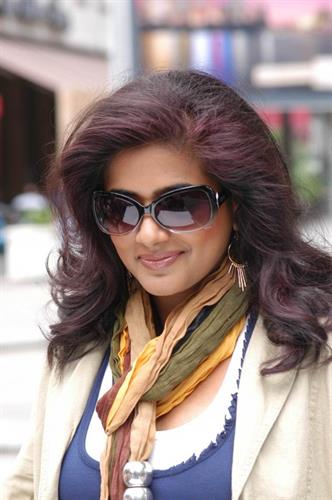 The malayalam film industry is passing through a revival path as a long line of youngsters with filmy dreams land here. The young generation equipped high voltage thoughts have been keeping their presence behind and in front of the camera. Anil Das is such a film maker who is had kept his charisma alive with his directorial skill. After donning projects like Sargavasantham and Bharathan Effect, Anil Das is gearing up to don his next venture, True Story which is touted as a psychological thriller.

Prathap and Priyamani will give life to lead characters while Rahul Madhav, Dr.Hanish Kani, Deepak Warrier, Shishira, Adhithi, Geethika, Aishwarya, Victor Jose, Ajil, Kanaka Latha, Anil Chacko, Sreeja, Dr. Vijaya Raghavan and Joseph Chettupuzha would also be featured in the movie. 'True Story will be produced by Baby Thottiyal under the banner of Continental Star Productions. For the lyrics of Ramesan Nair and Vayalar Sarathchandra Varma, the tunes are set by Bijibal.

With the shooting progressing in various locations set in Thrissur, the movie takes place in the backdrop of fashion designing. 'True Story', revolves around the world of fashion designing and few incidents which are to be followed later. `Stylised Delhi' is a popular fashion designing company with Siva Panchanathan (Prathap Pothen) serving as the Chief Executive Officer (CEO). Sivaranjani, Dr. Hemant, Aashiq Ali, Dr. Rohith, Jeni, Reeth, Pooja and Anasooya works with the company as fashion designers.

Even though Dr.Hemant and Dr. Rohith are psychologists, they are too much passionate towards fashion designing. 'Stylish Delhi', the designing company designs clothes for a prominent Italian company named 'Savio Maria'. Melvin Immanuel (Rahul Madhav), who works as a sales executive of 'Savio Maria' comes in search of Sivaranjani(Priya Mani), a fashion designer of `Stylised Delhi'. But Melvin's main aim is to meet Alice who works along with Sivaranjini in the company. Alice is well skilled to design special clothes. As Melvin reaches 'Stylish Company' he gets informed that Alice is missing. The investigation to be followed later takes the movie to the next phase.

Creamed with suspense, this thriller would keep the audience intact. Anil Das has also written the story and screenplay and give full dedication to keep the thrill till the climax of the movie.