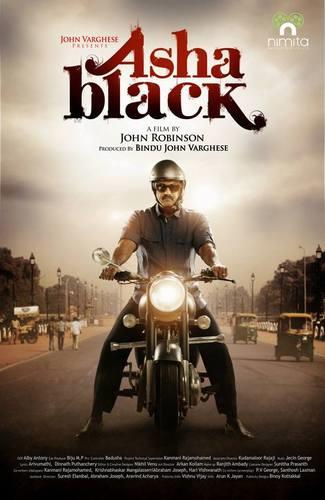 John Robinson who has shown his mettle standing behind the camera directing a couple of short films is now busy with his first big screen project 'Asha Black' which pools into the life of a woman. Being a Malayalam and Tamil bilingual movie, 'Asha Black' is an emotional thriller which unveils the life of a young woman who seeks support from others outside her home. The story of the movie pools into the life of a young girl having some black episodes in her early half.

Asha(Ishitha) is the daughter of a wealthy business magnet who lives in Malaysia. Asha wished to get the real love from her father, but her hunger to get the affection of father failed. A murder which took place later takes the story to the next phase. An investigation to find the fact behind the crime to be followed would keep the movie enthusiasts intact.

Sarath Kumar plays the role of Anwar Ali, a Malaysian cop who is rough in talking while Devan would don the character role of Srinivas, the Vice – President of a successful IT company who is dedicated to his career neglecting his daughter Asha. The story of the movie is also closely related with social networking and the hazards brought but it.

Much interestingly Arjun Lal who entered the hearts of malayali audience playing the role of Mohalal's son in Thanmathra would don the role of Rohit, Asha's lover. Versatile actor Manoj K Jayan will be playing a key role, as Senthil, a taxi driver.

Sarath Kumar who had been a part of malayalam movies featured in Pazhassi Raja and Christian Brothers is back on the driving seat getting a prominent role in 'Asha Black' as an investigating officer. Sarath who is much vigilant in selecting roles offered to him has already been a part of one of the most awaiting project 'Kochadaiyaan' of Rajanikanth.

Asha Black, a Malayalam and Tamil bilingual being produced by Bindu John Varghese under Nimita Productions Pvt Ltd. has already given high expectations to the movie lovers. The cinematography of the movie is handled by Alby while the music has been composed by Jecin George.