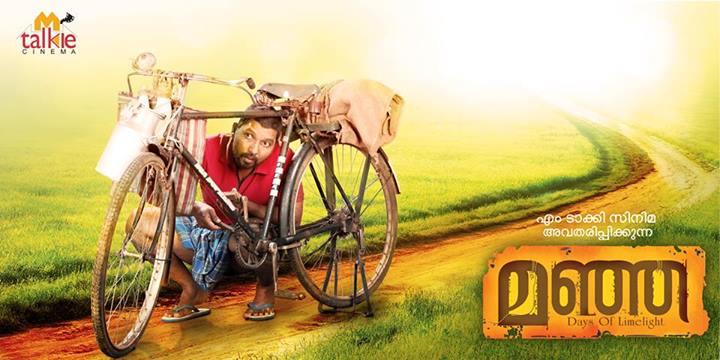 Niyas Backer who shot to face within a short period of time is gearing up to make constant presence on big screen. The actor who has taken a step forward as the director for the movie 'Vallatha Pahayan' is currently playing the lead role in 'Manja' directed by debutante Bijoy Urimise. Niyas who had shown his acting skill as comedian is on the move to change his image.

The movie is themed around the life of a villager named Jackson who dreams big in life. Jackson (Niyas Backer) is a young villager who is highly ambitious. But he could not bring his dream come true due to his inferiority complex and low self esteem.

His journey to achieve goals in life and some interesting incidents to be followed will take the story to the next phase. The shooting of the movie is currently going in full flow at various locations. South Indian actress Vaidehi (Gauri Nalawade) will feature in the movie as the heroine.

Shammy Thilakan, Ashokan, and Ramesh Pisharody would also be giving life to other characters in the movie. 'Manja' is being produced by Rammohan S Menon and Umesh Plakkat under the banner M Talkie Cinema Productions. As the director has also scripted the movie, Niyas found himself comfortable as each scene was explained before the shooting. The young actor is enjoying his days shuttling from to location. Niyas has already signed two more projects, one with Kunchako Boban and other under the direction of Sugeeth.

Niyas has already created huge fan followers for his presence in Marimayam aired by Mazhavil Manorama. The lead role in 'Manja' would be an extra golden feather in the hats of Niyas who is happy with his career. The actor is ready to take all opportunities is doing a different role as Jackson in 'Manja' which would gives me ample opportunity to explore his potential.