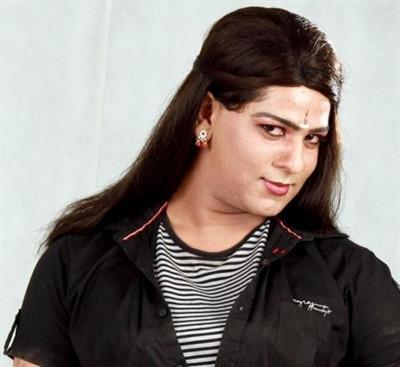 As the taste of the viewers is changing, new and interesting stories could only stay in the hearts of them. Realizing this fact young malayalam film makers are on the search discovering innovative themes which could attract movie enthusiasts. Keeping this in mind, debutante Simon Hery is gearing up to give an innovative story for the viewers.

Titled 'Green Signal', the movie pools into the life of a Ram, a 17-year-old guy who desires to live as a woman for the rest of his life. As lot of men in this world wish to live as women, the story of Ram can be a good example for it. While staying at home, Ram used to dress himself as a woman and enjoys his beauty in the mirror.

But Ram could not keep his desire buried as once his parents come to know about his strange behaviour. Ram was taken him to a psychologist Dr Selvan, their family doctor who found some interesting fact connected with the yougster. Dr Selvan observes Ram finds that Ram is slowly becoming a hijada. Nandini, the daughter of Dr Selvan had a good relationship with Ram. The doctor advises her to stop meeting him completely. Nandini's withdrawal really hurts Ram. He flees from his place and reaches a new place where he portrays himself as a girl.

In his journey, Ram happens to meet a man named Kiran and later falls in love with him. While enjoying his life staying at an unknown place, some unfortunate things happened in his village. Dr Selvan's daughter Nandini got killed. The movie takes the story to the next phase zooming to find the killer of Nandini. The role of Ram is played by Akash while Krishnapriya dons the role of Nandini in this movie.

'Green Signal' is produced by Selvakumar and Anilkumar under the banner Selbindh Movie Makers. Biju Paul has helmed the camera while the music for the songs is composed by Sadiq Hassan.