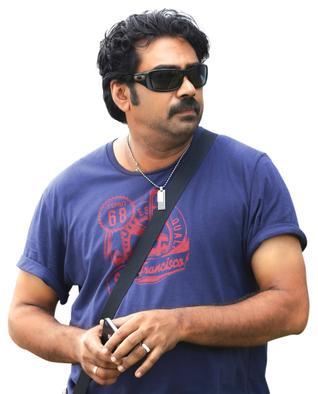 Shajoon Kariyal, who made his love with movies at the age of 18 as an assistant director has delivered a couple of hits which the movie lovers still keep close to their heart. Thachiledathu Chundan and Vadakkumnadhan remains as ever green hits with the audience keep close eye on them while aired in TV channels.

After creating rave reviews for his previous venture 'Chettayees', the ace director is back in business teaming up with script writer Babu Janardhan again. Titled 'Maya Seethankam', the movie will be a complete entertainer creamed with humour at its best. Shajoon's long time friend and actor Biju Menon would don the lead role in the movie.

Scripted by Babu Janardhanan, the movie would be a complete entertainer set against the backdrop of a village. As the title, the story of the movie will be centered upon two women characters Maya and Seetha. Other than Biju Menon, the movie will have yet another hero whole three young ladies would give life to prominent characters.

The story of 'Maya Seethankam' revolves around the life of the potter community, particularly a section of artisans who specializes in making pots out of clay. This group of workers will have an unique dialect which acts as the highlight of the story. The people from this community use a different dialect for communication.

To be shot at exclusively at Gundalpet in Tamil Nadu and Munnar, the characters speak a dialect which is quite similar to Malayalam. As the talk is easily comprehensible and rhythmic to the ear, this special dialect to be used in the movie will form as a treat for the audience. The relationship of title characters Maya and Seetha with the lead hero takes the story to the next phase.

This full length comedy entertainer coupled with clean jokes would be a gift from script writer Babu Janardhanan and director Shajoon Kariyal. To be shot in the picturesque background of Gundalpet, the movie will go on floors in 2014. Another interesting fact is the reunion of Babu Janardhanan and Shajoon Kariyal after 12 years. The duo had working together for Mammootty-starrer Thachiledathu Chundan and Dreamz.