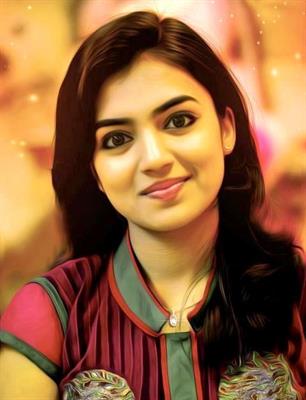 Jean Paul also known as Lal Junior, the son of veteran director and actor Lal has made a brilliant start with his directorial debut 'Honey Bee' smashed all box office records and also received rave reviews from movie enthusiasts.

Now the director is gearing up for his second venture, 'I am Tony', which is touted as a sequel to Honey Bee. To be a thriller, this movie is expected to entertain the audience who had received 'Honey Bee' wholeheartedly.

Nazriya Nazim, the busiest young actress in south India would pair opposite to Asif Ali. The story of 'I am Tony' revolves around the life of characters played by Asif Ali, Nazriya Nazim and Lal. Baburaj, Sreenath Bhasi, Balu and Archana Kavi will give life to other prominent characters in the movie.

There were reports that the cast and crew for the sequel will be the same as of 'Honey Bee', but as with the replacement of the lead lady, more changes can be expected.

Nazriya Nazim is riding high with a number of movies in kitty. She has already been getting offers from both malayalam and tamil film industry. After making her presence alive in Maad Dad, Neram, Raja Rani and Naiyyandi, Nazriya is waiting for the release of Thirumanam Ennum Nikkah, Salala Mobiles and Om Shanthi Oshana.

On the other side Asif Ali will be having the best time in his career who need to shuttle from location to location for completing his committed projects. His upcoming movies include Pakida, Bicycle Thieves, Mosayile Kuthirameenukal, Driver on Duty, Koothara, TT Town 2 Town and To Noora with Love.

Much interestingly Jean Paul Lal would keep his head high who would be more busy in 2014. He will continue with his successful hero Asif Ali in his next ventures 'Vekkada Vedi' and 'Success'.