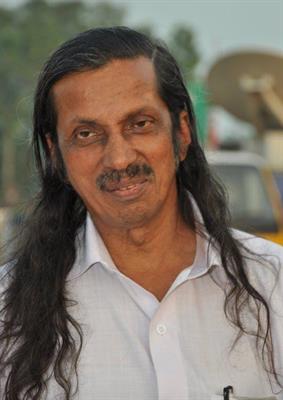 Advocate Sangeeth Louis is gearing up to make his own space in the malayalam film industry with his directorial venture. Titled 'Vikrithikoottam', the movie would have a lot of specialties for various reasons. Written and directed by Sangeeth, shooting of the movie is currently progressing in Thiruvanathapuram.

The story of the movie zooms into the struggles faced by a group of youth faced while they initiated to take a short film. As the movie is themed around politics and campus love story, Sangeeth has roped few politicians who could give full dedication to their roles.

A handful of politicians including Pannyan Raveendran, P C George, Manjalamkuzhi Ali and K P Mohanan will lend their face for the camera. Sangeeth who has entered the industry with a passion over film making is trying his best to add the flavours which would keep the movie lovers intact.

Pannyan Raveendran who has lend his face in yet to get released movie 'Daivathinte Vaal' as a tribal leader will be seen essaying the role of a strict college principal. Pannyan Raveendran who had committed the project even before becoming the state secretary of CPI is truly excited to don the greasepaint. The movie will be creamed with fun and suspense to entertain the viewers.