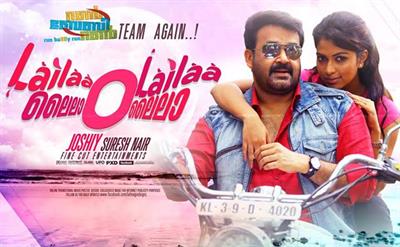 Run Baby Run which was produced with a budget of 6 Crores broke all box office records and managed to secure 16 Crores from theatres. The movie really lifted the career of many actors and even changed the style of film making too.

Veteran film maker Joshiy who had been showing his power staying behind the screen is gearing up for his next venture. This movie will also mark reunion of Mohanlal and Amala Paul after mesmerizing the audience with the visual treat 'Run Baby Run'.

The upcoming project is having an absolutely crazy title, 'Lailaa O Lailaa' which will be scripted by Suresh Nair. The movie would be a comedy action thriller produced under Finecut Entertainments banner. The tunes will be set by Amit Mishra who has worked in a number of bollywood movies.

'Lailaa O Lailaa' will start rolling in January 2014 and is expected to reach theatres as a summer treat. Suresh Nair who is one of the busiest writers in bollywood has lent his hands for scripting for movies like Kahani, Namastey London and D-Day etc.

In April 2013, a discussion was put forward with Suresh Nair, Mohanlal and Joshiy joining the round table. On 16th November, Mohanlal confirmed the news through his Facebook page about the project. Check for the demo poster designed by 'Lal Magix Designs'.

'Lailaa O Lailaa' will be one of the big budget movie for Mohanlal in 2014 while few committed projects on line are 'Peruchazhi', 'Mr.Fraud' and 'Koothara'.