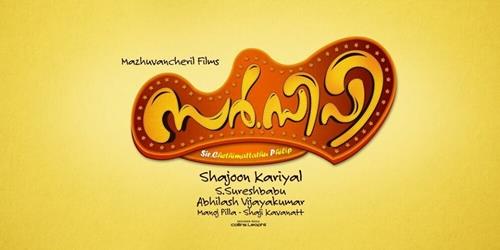 The movie titled 'Sir C P', the movie deals with the relationships between families. The story of 'Sir C P' pools into the life of Sir Chethimattathu Philip (Sir C P), while young actress Jyothi Krishna will be seen in the role of a modern girl.

S Suresh Babu who has scripted for movies like Swapnamaalika, Shikkar, Film Star, Thiruvambadi Thampan, The Reporter and Nadan has lent his support writing the screenplay. Sejo John, who has set music for Prithviraj's Memories, has been roped in as the composer. With rest of the cast and crew yet to be announced, the movie will go on floor at Alappuzha from February 2014.

Jayaram is riding high getting tagged in a number of projects. After getting featured in 'Lucky Star', 'Bharya Athra Pora', 'Ginger' and 'Nadan', the actor is looking forward for Shaji N Karun's 'Swapaanam', Joshiy's 'Salaam Kashmir' and Sugeeth's 'Onnum Mindathe'. Some of the other committed projects of Jayaram include Akku Akbar's 'Ulsaha Committee' and a couple of untitled ventures.

Jayaram who has made a comeback with 'Lucky Star' is gearing up to keep his foot strong in the industry. Shajoon Kariyal who started his filmy career in 1984 as an associate to director I.V. Sasi became an independent film maker with 'Rajaputhran'.

After winning a round of applause for his directorial ventures like 'Thachiledathu Chundan' and 'Vadakkumnadhan', Shajoon made a re entry with 'Chettayeees', teaming up with his friends in the film circle.