Meera Jasmine is an actress who is very much active in South Indian cinema industry. She hails from a place called Thiruvalla in Pathanamthitta district of South Kerala. Her original name is Jasmine Mary Joseph. For her stupendous performances, she has got film awards at National and State levels. At the national level, she received the film award in the year 2004. She had received the film awards at Kerala state level two times. Even the Tamil Nadu government gave her Kalaimamani Award for her performances in Tamil movies. Apart from Malayalam and Tamil films, she had also acted in Kannada and Telugu movies as well. 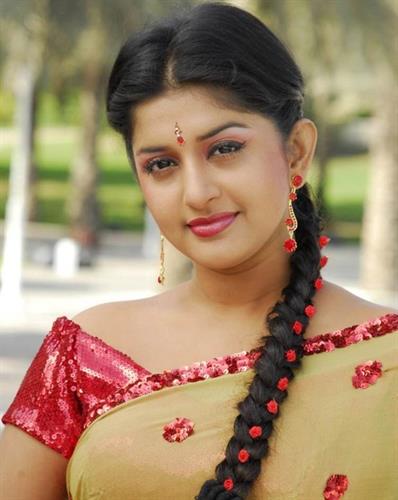 Meera Jasmine was born on February 15, 1984 into a Syrian Christian family in a small village hamlet of Thiruvalla in Pathanamthitta district of South Kerala. Her parents were Joseph Philip and Aleyamma. In the family, she was the fourth of the five children born to the couple. She has two elder sisters and brothers. Her two sisters are Jiby Sara Thomas and Jeny Sara Thomas. Like their illustrious younger sister Meera Jasmine, they have also acted in films. One of her brothers has worked as an assistant cinematographer in Malayalam film industry. His name is George.

Meera Jasmine completed her formal education from Bala Vihar and Marthoma Residential School in Thiruvalla, Kerala. After completing her studies at higher secondary level, she appeared for the exams in the year 2000. As any other youngster, she enrolled herself for a degree course at Assumption College, Changanassery. When she had hardly completed three months of the course, Meera Jasmine was spotted by the ace director Blessy and offered a role in the film Soothradharan. It was a total surprise for her. Initially, she had the plans to complete her degree course in Zoology and appear for entrance examination to gain the eligibility to study medicine. Since she was initiated into the world of Malayalam cinema by Lohithadas, Meera Jasmine regarded him as her mentor and guru. Hence, she looked forward to him to get value inputs in acting.


Meera Jasmine forayed into the world of Malayalam movies by acting in a film titled Soothradharan. This film was directed by Lohithadas and it won the critical acclaim in the state. Her second film was Gramaphone, and this film was directed by a noted film director Kamal. In this film, she shared the silver screen with Dileep and Navya Nair. Meera Jasmine donned the role of a Jewish girl in this film. Her acting in this film was positively appreciated by the film critics in the industry. The Meera Jasmine's third film was Swapnakkoodu, which was a romantic comedy directed by Kamal. In this film, she co-starred with Prithviraj, Kunchacko Boban, Jayasurya and Bhavana. Because of big movement at the box office, her performance in the movie was noted and appreciated by both critics and general public in the state.

However, the real break came for her in the Malayalam film industry when Meera Jasmine got an offer to act in the movie titled Kastooriman. This film was directed by her mentor Lothithadas, and it was a huge hit in the box office. The film ran over 100 days in many theaters in the state. Meera Jasmine enacted both the comedy and sentimental scenes with ease and comfort. Because of her acting in this film, her true potential was noticed by other directors in the industry. She received the Filmfare Award for her performance in this movie. As a result of this, her fame and market value shot up in the field of Malayalam cinema. In the same year, she acted in another movie titled Padam Onnu Oru Vilapam. In this TV Chandran's movie, she enacted the role of a 15-year-old Muslim girl who was forced to marry an old man. For her performance in this film, she got again a state award and a host of other awards. The performance in this film was followed by her performance in another movie by the name Perumazhakkalam. In this film, she shared the silver screen with Kavya Madhavan. Other films in which she acted include Ore Kadal, Vinodayathra, Calcutta News, Innathe Chinthavishayam, Minnaminnikootam, Rathri Mazha, Paatinte Palazhy, Mohabbat, Four Friends, Lisammayude Veedu, Ladies and Gentleman, Achanurangatha Veedu, etc. Many of these films had become commercial hit due to her performance in them.

Acting Career in Other Language Movies

After her notable performance in Kasthooriman, Meera Jasmine's fame spread to different regions in South India. As a result, she was first invited to the Tamil Film industry to act in a film titled Run by its director Lingusamy. Luckily for her, the film turned out to be a huge commercial success in the state. In this film, she had put a stupendous performance. Because of this, she became the most sought after actress in the Tamil movie industry. Due to this reason, many noted directors started to come in search of her to offer her roles in their films. Thus, she got signed up to act in the film Bala. In this film, Meer a Jasmine got a chance to work with the established actors in the industry. Though the film did not go well in the box office, her performance in that was noticed by accomplished film director Mani Ratnam. Hence, he gave her an offer to work with him in his next movie Aayutha Ezhuthu. Other films acted by her in the Tamil movie industry include S.S. Stanley's Mercury Pookal, Mambattiyan, etc. Altogether, she had acted in about 15 movies in the Tamil film industry.

With her success in the movie Run in Tamil film industry, Meera Jasmine became noticed in Telugu film world also. This happened because of the screening of the dubbed version of Tamil film Run. Hence, she started getting offers from established directors in the Telugu film industry. The Telugu language films in which she acted initially include Ammayi Bagundi and Gudumba Shankar. The other Telugu films acted by her include Bhadra, Raraju, Maharadhi, Yamagola Malli Modalyandi, Gorintaku, Maa Aayana Chanti Pilladu. Around the same time, she also forayed into the world of Kannada cinema. She made her debut in Kannada film industry by acting opposite to Puneet Rajkumar in Maurya. Her second film in Kannada film world was Arasu. In this film, she shared the silver screen with Puneet Rajkumar and Ramya. This film was a hit and it gave Meera Jasmine her rightful place in Kannada film industry. Her other Kannada films are Devaru Kotta Thangi and Ijjodu. In the film ijjodu, she played the role of a Basavi woman who ends up as a sex worker. This film was screened at coveted domestic and international film festivals.

Meera Jasmine is an actor who worked in all the South Indian films. Initially, she had the idea of becoming a trained doctor and do service for the society. She ended up in the film industry by chance. She was noticed by the ace director Lohithadas when she was doing her Bachelors' degree course in Zoology at Assumption College Changanassery. After getting impressed by her colorful life in the college, Lohithadas decided to give a chance to her in his film Soothradharan. However, she shot into limelight when she got a Filmfare award for her performance in Kasthooriman. In this film, Meera Jasmine toggled between comedy and sentimental scenes with ease. In the same year, she got state award for her performance in Paadam Onnu Oru Vilapam. Another film where she excelled in her acting was Perumazhakkalam. In this film, she acted alongside Kavya Madhavan. She received Tamil Nadu government's Kalaimamani award for her performance in Mercury Pookal. In her career spanning a decade, she has bagged one National Award, two State Awards and host of other awards to her credit.