Deepak Parambol, the discovery of Vineeth Sreenivasan seems to be a signing spree. After donning supporting roles in Thattathin Marayathu and Thira, the actor is ready to do lead roles. After Bijith Bala's 'Nellikka', now the actor has signed yet another movie as hero. Titled 'John Paul Vaathil Thurakkunnu', the movie written and directed by Chandrahasan the movie is an action packed movie filled with suspense and thrills.

Influenced by a short written by Punathil Kunjabdullah, 'John Paul Vaathil Thurakkunnu' will also have Sudeep Joshiy, Shruthi Menon and Chennai-based theatre actress Darshana Rajendarn donning prominent roles. Deepak would give life to John Paul while Sudip would be seen as Manoj Mammen. Shruthi, being an anchor and actress has an experience in acting in a couple of movies. 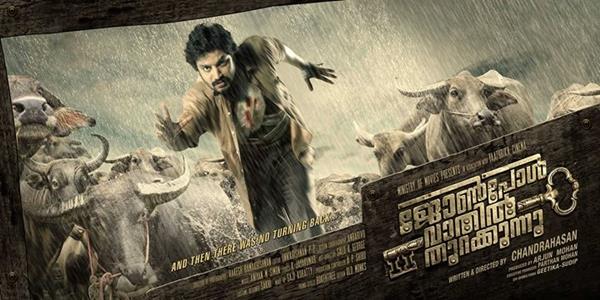 The movie is about some interesting incidents which happen in the life of the John Paul (Deepak) and Sudeep Joshiy (Manoj). John, who comes to attend an interview, opens a taboo door that was not supposed to do. The things that happened later bring frightening consequence in their life.

Ace film maker Chandarahasan who directed 'Pratheeksha' three decades ago is making a comeback with this movie. With locations set at Peerumede, Kanjirapally and Kuttikanam, the movie is being zoomed by Rakesh, who worked with veteran cinematographer Venu. The movie is produced by Arjun Mohan while his brother Parthan Mohan who has directed 'One' is the executive producer.

As makers have given true dedication and each frame has been carefully designed which would deliver a visual treat for the movie lovers. Much interestingly, the movie stands ahead of time and is well scripted and directed too which gives it an extra edge over the recent released movies.

'John Paul Vaathil Thurakkunnu' will deliver the best for those who think beyond the cinema. A twist in the story after the interval will keep the audience intact. The casting for the movie was done with much care in taking actors who could act as the younger versions of the lead actors in certain sequences. After the final cut, this quite promising suspense thriller will hit the screen soon.