The Kerala higher secondary (HSE)/ plus two results 2014 would be announced on 13th May. The results will be declared by Education Minister P K Abdu Rubb at a press conference. 67 camps were set to evaluate the answer sheets began on 20th March with 15,000 teachers deployed for the exercise. 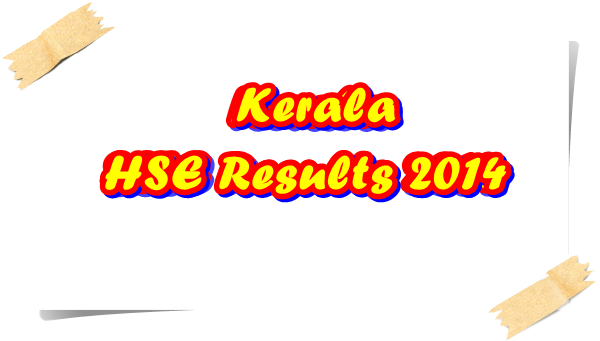 The marks of the three subjects will be uploaded directly to the server which is being placed in the higher secondary directorate. This would smoothen the process of including these marks for the preparation of 2014 Kerala engineering entrance rank list.

With 65% of the evaluation work already been completed including it of subjects like home science, sociology, Gandhian Studies and statistics, it would be the final level of tabulation which would be done in a week time. Truly dependent on the National Education Policy of 1986, the state government has decided to delink Pre-degree Courses from colleges and introduced 10+2 system in the High Schools of Kerala. The Kerala Higher Secondary Department which was formed in 1990 did introduce the course in 31 selected Government high schools in the State to restructure secondary and collegiate education.

The two-year course named as Higher Secondary (Plus Two) course functioned in full flow after the process of de-linking Pre-degree courses from colleges was completed in 2001. With 1907 Higher Secondary Schools functioning in the State, this system is offering Science, Humanities and Commerce stream courses to more than 6 lakhs students. The vision of the education department is to instruct the superior quality higher education to the qualified students who complete their SSLC/equivalent level education.