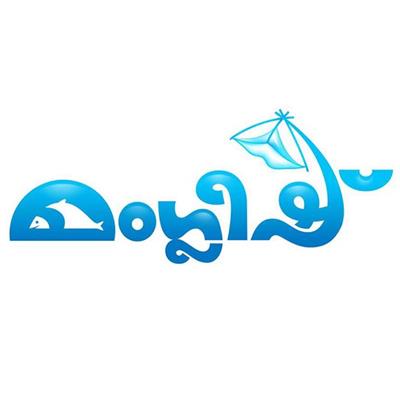 Megastar Mammootty who has excelled in handling humour characters is gearing up to deliver yet another entertainer for the movie goers. Creamed with humour, the movie titled 'Manglish' helmed by Salam Bappu is jam-packed with a thrilling theme which will keep the audience intact.

Even though Mammootty has tried a variety of intonations in his previous movies like Thommanum Makkalum, Pothen Vava and Mayavi, the character that he plays in 'Manglish' would be totally different. As the name suggest, 'Manglish' is a virtual combination of English and Malayalam.

The story of the movie revolves in and around Malik Bhai, born on an ordinary muslim family. Malik Bhai (Mammootty) is a well-known fisherman in the harbour, a man loved and respected by everyone. Being a kind hearted person, he is ready to help anyone at any time. As the fishing boats reach the harbor, Malik takes the responsibility of selling it off.

Well accepted among the locales, Malik Bhai does not pay his ears to the rumours spread about him. During the time, a foreigner Michelle (Caroline Beck) comes to meet Malik.

Even though she wanted to convey an important matter to Malik, the message is not being delivered at right spot as he couldn't understand English. Malik wanted to know what Michelle wished to express, so he decided to learn English. But his plan to study English made him land is some other problems. 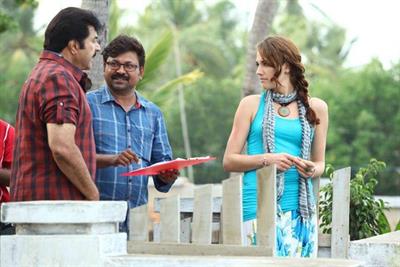 Michelle who reached Kerala with a strange intention wished to exchange the thought with Malik, the only person who could resolve the crisis. Even though, language comes as a barrier, both Malik and Michelle try to know each other which form the crux of the movie.

For the lyrics of Rafeeq Ahamed and Santhosh Varma, the tunes are set by Gopi Sunder. The camera is handled by Pratheesh Varma. Salam Bappu who made his entry as an independent filmmaker with 'Red Wine' with Mohanlal is expecting to make a space in the malayalam film industry with this in and out comedy entertainer.