Rajeev Rangan who is much popular among the television audience also has a respective list of movies in his credit. With a hot of fresh talents both on and off screen, Rajeev is on a mission to deliver an interesting feature film for the movie goers. Titled 'Makan – The Kid', the movie is themed around a child who suffers from Down's syndrome. 17 year old Eldo who is a differently abled boy would play the lead character. 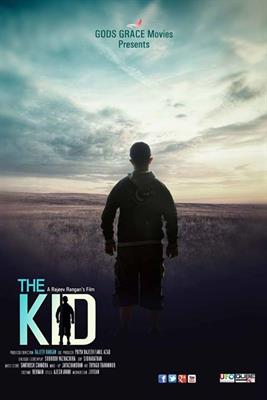 Down's syndrome, also known as trisomy 21, a genetic disorder Eldo faces a lot of problem in his personal life. As it is typically associated with physical growth delays, the medical world cannot make any possible changes in the person. The average IQ of a young adult with Down syndrome is 50 which would be equal to the mental age of an 8 or 9 year old child.

Varu (Eldo) is the son of a theatre artist John and Bhuvana. Born as a differently abled child, the parents put a lot of effort in taking care of the special needs of him. Taking much pain, they try to encourage and help him in developing his personality. During their life journey, once the parents were forced to go through a difficult phase.

It was through Varun that they overcome the situation in their life. Rest of the story would keep the audience intact. Through this movie, the makers aim to inspire such blessed kids in chasing their dreams in spite of the challenges which come across their life.

The movie will truly pass a social message while giving proper awareness to the society and the need to treat such children. With proper guidance and training, they could be motivated to work in other areas of interest which can eventually deliver positive results.

The pooja ceremony is scheduled to be held on 23rd May at IMA hall Ernakulam at the presence of invited guests. Under a limited budget, the movie is being produced under the banner of God's Grace Movies. The function will be graced by various dignitaries from different fields including doctors from various reputed hospitals and students of Adarsh, Snehanilayam and Jaine Centre, Ernakulam.