Ashok R Nath, who had proved his skill as director with movies like Saphalam, December, Mizhikal Sakshi and Venshankhupol is ready to deliver a visual treat, this time movie which is based on nonresident keralites. In the past malayalees went away from own place and reached gulf with dreams only to make money. 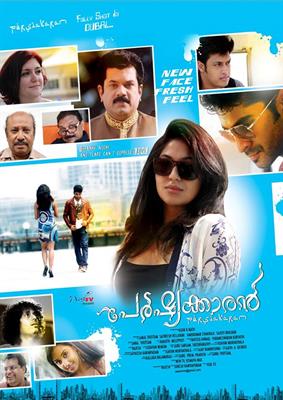 The huge building situated in the Gulf countries has mounted up due to the dedication, pain and hard work given by the malayalees during the past decades. Life during the period was awful for them. Through this unique venture made both in malayalam and tamil, Ashok R Nath wishes to deliver a different and unique theme shot in a different angle which zooms into the life of person who went to gulf with a whole lot of expectations and hopes but finally gets trapped there.

The movie revolves around Jameela (Giga Surendran), the only woman who lives in the shelter of 50 people. Jameela was brought to Dubai by her husband after their marriage. Stepping into Persia with much expectations and vivid dreams, Jameela was forced to believe the fact that she was trapped. He husband cheated her while she lot Visa and got stuck there for almost 20 years. The ups and downs in the life faced by Jameela forms the crux of the movie. Along with Mukesh, Kochu Preman and Gija Surendran and K K Moildeen Koya, the movie would open doors for a a handful of youngsters to show their mettle on screen.

Jubi Nainan, Praveen, Sajeev Bhaskar, Moydeen Koya, Albert Alex, Amanulla, Shawkath, Amal Hamsa, Murali Krishnan, Aswathy and Pratibha Premnath would give life to other prominent roles. 'Persiakkaran' is produced by Sanal Thottam, Harikumar Chakkalil, Satheesh Vellayani and Sajeev Bhaskar under the banner of New T.V. For the lyrics of Rafeeq Ahmed and Parameshwaran Kuryathy, the tunes are set by Renjith Maeleppattu. The camera is handled by Sanal Thottam.

K K Moideen Koya, a well-known journalist and media personality in the UAE will play the role of Ansari, a social worker in the movie. He has already lent his face for movies like Arabikadha, Diamond Necklace which were both shot in Gulf. Even though a number of movies had been made in malayalam which depicts the life of Malayalees in Gulf countries, 'Persiakkaran' would be special for its style of making. After the final cut, the movie would reach theatres very soon.