Dr Souparnika Santhos who made a stupendous entry into the film industry with the movie 'Ardhanari', is all set to make his next outing. Titled Mizhi Thurakku', the movie is themed around 'Duravashtha', written by Kumaranashan. The story set in 1921 during the period of freedom fight zooms into the social discrimination which prevailed at the time. 'Duravashta' which was written on the backdrops of some incidents tells the story of a family who had to bear suffering due to their birth. Kumaranashan received the 'Mahakavipattom' for his true and heart touching work 'Duravastha'. 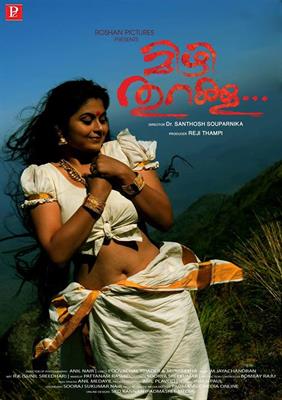 After the death of Tipu Sulthan, the muslim leaders and a group in hindu community captured the Namboothiri Illams, looted it and firmly converted their religious beliefs. Savithri (Sruthi Lakshmi) who had to flee from her place managed to read near Yashodaran Chathan(Ganesh Kumar) who works in the field for his daily bread.

During her life journey she realises some facts. God has created theme to serve the upper cast and make them happy. Savithri who stayed with Chathan finds love in him. Later she marries Chathan and lives a good life. Myna (Midhuna), the daughter of Pokkan (Ashokan) is the best companion of Savithri.

Rest of the story throws light into the social issues faced by the people during the period. Vijaya Raghavan dons the role of Land Lord while Reji Thampi as the muslim leader who fights against the british soldiers. Produced by Reji Thampi under the banner of Roshan pictures, the movie is also blessed with the presence of Ajith, Poojapura Radhakrishnan, Rastam, Anil Plavakodu, Vishnu, Kannan Nair, Manka Mahesh and Ambika Mohan in prominent roles.

For the lines of Poovachal Khadar and Jayageetha the tunes are set by M Jayacharan. Madhu Balakrishnan, Chithra and Mridula Warrier have lent their voice. Cinematography of the movie is safe in the hands of Anil Nair. After the final cut, the movie would reach theatres very soon.