John Jacob, much know on stage as a dancer and choreographer has also tried his talent in acting too. After donning the lead role in the movie '3G', John is all set to play a matured character in Suresh Gopalan's directorial debut. 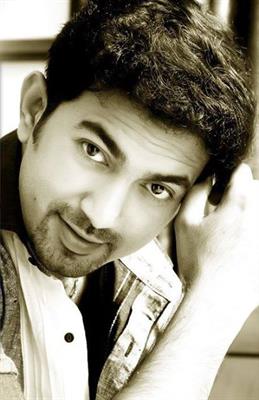 Titled 'Monsoon', the movie will feature newcomer Aisha as female lead. Joy Mathew, Lalu Alex, Vanitha, Indrans, Kochu Preman and Dinesh Panicker will give life to other prominent characters in the movie. 'Monsoon' will start rolling at Kollam from 1st August. Set against the backdrops of ran, the movie is a love story with a tinge of suspense element in it.

Much interestingly, this upcoming movie will see three generation of singers coming together. For the lyrics of ONV Kurup his son Rajeev Kurup will compose the music while ONV Kurup's granddaughter Aparna Rajeev will croon a song. Made with a limited budget, 'Monsoon' would be creamed with all essence including humour, songs and thrilling elements.

John who has performed as a dancer in more than 700 stages including various star shows and mega events is looking forward to create his own space in malayalam film industry. John, the winner of Tharolsavam program in Kairali channel has acted and choreographed both albums and TV serials. It would the greatest opportunity for the actor to show his talent on the silver screen.

Along with big budget multi starrers, experimental low funded movies are also currently under production. Many projects made with fewer budgets would reach theatres to entertain the audience. Fresh faces skilled in acting are a part of these new ventures. As the film industry has opened doors for multi talented people, many youngsters are using the right project to express their ability.

As Onam which is seen as the most important season, movies including that of superstars would reach theatres aiming to entertain the audience.