Ad filmmaker Haja Moinu is busy with the post production works of his maiden venture 'Love Land' which is expected to reach theatres very soon. With an experience working with ad film and album, Haja Moinu is trying to make name in the big league with his debut project. 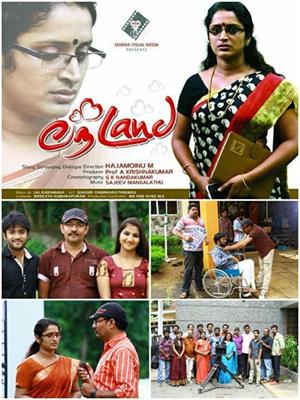 Scripted by the director himself, 'Love Land' revolves around the life of a woman who had to face lot of tragedies in life. Raji Krishna is a college teacher who had to undergo a number of heartbreaking events in her past life.

Even though she lost the life she wished to live, Raji decided to follow the words of her parents. She faced all the difficulties with a daring mind. Having no interest to make a comeback, Raji was forced to join the college as lecturer where she studied. Nansi who studies with Raji is working in the same college as teacher. Nansi who is aware about the grievous past of Raji gives strength through her presence and words.

Once, she heard someone calling her pet name which is just known only to a person. Feeling uncomfortable, Raji moved around the campus in search of the person who uttered her pet name. Finally she finds it which eventually back her back to early days of sufferings. Rest of the story zooms into some interesting events happened in the life of Raji Krishna. Haja Moinu has given complete dedication to keep the suspense element unpacked till the end.

Surabhi gives life to Raji Krishna while new face Naufal will be seen in a prominent role. Naufal who is managing a mobile shop in Kollam has already acted in the album and ad film directed by Haji Moinu. Naufal has high dreams about his acting career. Jijeev, Kollam Thulasi, Kishore, Balaji, Maneesh Varma, Prof. Kirshnakumar, Sindhu Jacob, Archana, Deepika, Master Hamin Hafis and Baby Junaida will also be seen in prominent roles.

'Love Land' is produced by Pro. A Krishnakumar under the banner Marva Visual Media. For the lyrics of Haji Moinu, the tunes have been set by Sajeev Mangalathu. The camera had been helmed by G K Nandakumar. The movie has 4 beautiful songs sung by Rimi Tomy, Vijay Yesudas, Vidhu Prathap, Reghuram, Sanith and Sriya S Nair. After the final cut, the movie would reach theatres very soon.