After wrapping the shooting of his current project 'Paapanasham', hitmaker Jeethu Joseph would concentrate more time to his next venture which features Dileep in lead. The movie titled 'Life of Joseutty' will be a complete family entertainer which deals with the story of an innocent common man. 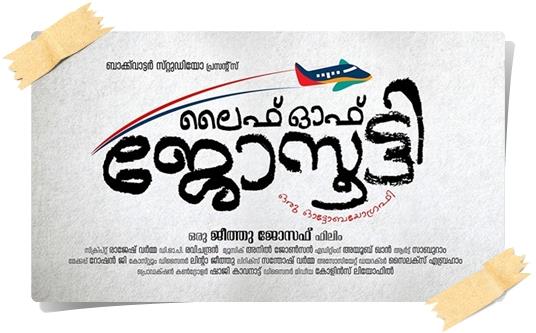 Jyothi Krishna would be paired opposite to Dileep while Suraj Venjarumoodu, Sunil Sukhada, Harish Peradi, Joju, Chemban Vinod, Noby, Dharmajan Bolgatty and Rachana Narayanakutty will also be seen in prominent roles. 'Life of Joseutty' will be start rolling from Mid December 2014 with Idukki, Kattappana and Thodupuzha being the prime location.

The second schedule of the movie will be completed in New Zealand. Produced under the banner of Backwater Studios, the movie would be creamed with all basic essence to entertain the audience. Jyothi Krishna who has grabbed an important character in the movie is thrilled to work with Jeethu Joseph. The actress, better known for her traditional looks is ready to flaunt a brand new avatar.

Interested to be known as a versatile actress, Jyothi wil be sporting her new look in 'Life of Joseutty'. She will be seen in a modern style with different hairdo and makeup. To give full dedication to the character, she has reduced a bit of weight and had a short hair cut. The camera will be handled by Ravi.K.Chandran. Earlier Jeethu and Dileep earlier worked together for the 2012 romantic comedy movie 'My Boss' which was one of the biggest hits of the year.

Riding on the success of the all time blockbuster 'Dirshyam', Jeethu Joseph is currently busy with its Tamil remake titled 'Paapanasham' with Kamal Haasan in lead. Dileep is presently shooting for 'Ivan Maryadharaman' directed by Suresh Diwakar. Touted to be the most expensive movie of Dileep till date, the movie is produced by Anto Joseph under the banner of Ann Megha Media.