After showing his acting brilliance in movies like '4 The People' and 'Koothara', actor Bharath is trying to keep his high interest in Malayalam film industry. As reported, the youngster has been roped to play the lead character in A R C Nair's directorial venture. 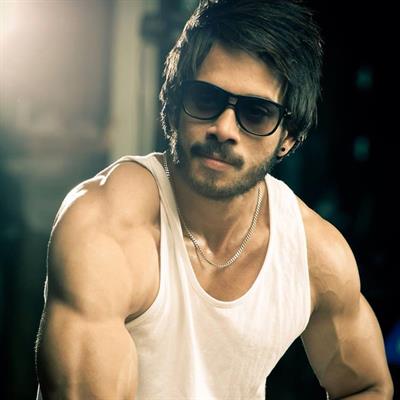 Titled '1000', the movie around a 1000 rupee note and the lives connected to it. Maqbool Salmaan and Biyon Gemini would also play prominent roles along with Bharath in the movie. Touted to a clean entertainer, '1000' will be highly packed with humour and suspense.

Ganesh Kumar, Shammi Thilakan, Nishi, Anju Aravind, Kalaranjini and Poonam are also in the star cast. The movie started rolling at Thiruvanathapuram with Vagamon and Thodupuzha also as the other location points.

Bharath who made his acting debut with '4 The People' directed by Jayaraj is looking forward to have a bright career in the film industry. His last stint in malayalam was 'Koothara', helmed by Srinath Rajendran. He played Koobrin, a happy-go-lucky engineering student. Even though the movie had a huge star cast, it could not perform well in the box office.

'1000' would be a test time for Maqbool Salmaan and Biyon Gemini. Some of the upcoming ventures of Maqbool Salmaan include 'Love Story', 'Oru Korean Padam', 'Dooram', 'Njanara Mon' and 'Kerala Today'. Biyon is also a part of the ongoing project 'Uthara Chemmen' which tells a tale set against the backdrops of sea.

Even though a number of movies had been completed and ready for release, the strict norms and conditions followed by the TV channels regarding satellite rights gives a tough time for the producers. As star value is an important factor, new filmmakers must sought new techniques to bring audience to the theatres. As a bunch of youngsters join together for a movie, we can expect that '1000' would be a visual delight for the moviegoers.