Actor Siddharth Bharathan, who made his directorial debut in 2012 with Nidra, is back in business after a short gap of 2 years. The movie titled 'Chandrettan Evideya' with Dileep in lead will start rolling from January 2015. Scripted by Santhosh Echikkanam, the movie will have Anusree and Vedhika as female leads. 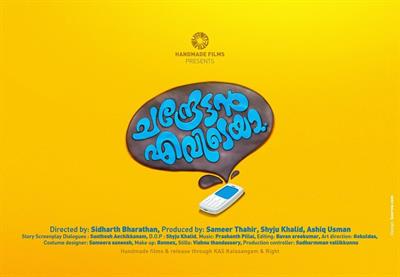 Prathap Pothen, KPAC Lalitha and Chemban Vinod Jose would give life to other prominent roles. Chandrettan Evideya is produced by Sameer Thahir, Shyju Khalid and Aashiq Usman, under the banner Hand Made Films. Shaiju Kalidas has helmed the camera while the music is set by Prasad Pillai. For the first time in their career, Dileep and Siddharth Bharathan will be working together for the upcoming project.

Siddharth's Nidra was the remake of 1981 movie of same name which was directed by his his father, veteran director Bharathan. He has also penned for the segment Isha, of the anthology movie 5 Sundarikal. Dileep will be looking forward for performance oriented roles which could truly satisfy the audience.

With a number of ventures in kitty, Dileep will join the sets of 'Chandrettan Evideya' after his committed projects. He has already given dates for Sreebala K Menon's directorial debut and an untitled project directed by Jithu Joseph.

Siddharth has completed the shooting of 'Njan Ninnodu Koodeyundu' helmed by Priyanandanan. He shares screen space with Vinay Forrt in the movie. On the other hand, Anusree is going through the peak time of her career. After showing her acting brilliance in movies like Left Right Left, Vedivazhipadu, Angry Babies and Ithihasa, Anusree will pair with Dileep in 'Chandrettan Evideya'.

After receiving negative reviews for Avatharam and Villaliveeran, Dileep is looking forward for the release of Ivan Maryada Raman which is slated as a Christmas delight. As the actor has been receiving huge criticism for the repetitive themes, 'Chandrettan Evideya' is expected to bring new hopes for him.