After delivering hits like 'Malarvadi Arts Club' and 'Thattathin Marayathu', Vineeth Sreenivasan is gearing up to make his presence as an actor too. Following the success of 'Ormayundo Ee Mukham', Vineeth is getting back to back projects. Other than donning a prominent role in his uncle M Mohanan's movie 'My God', this multitalented youngster will play the lead character in debutant director-duo Rejis and Jexson Antony's upcoming venture. 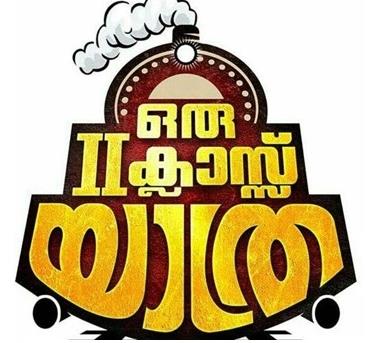 Titled 'Oru Second Class Yathra', the movie stars Vineeth Sreenivasan and Nikki Galrani in lead. Scripted by the directors, the movie will be shot in locations across Kerala, including Kannur, Aluva, Thrissur, Kochi and Kayamkulam. Joju George, Sreejith Ravi, Chemban Vinod, Indrans, Nedumudi Venu and Innocent will give life to other prominent characters in the movie.

Even though, Oru Second Class Yathra is not an out-and-out road movie, its first 40 minutes is a train journey from Kannur to Poojappura in Thiruvanthapuram. As the story is creamed with humour, there is ample scope for enjoyment for audience of all age groups. Vineeth Sreenivasan plays a criminal in this movie. Much interestingly, Nikki Galrani who shot to fame through her appearances in movies like '1983', 'Vellimoonga' and 'Maryadaraman' will play his sibling in 'Oru Second Class Yathra'.

As the story of the movie is totally different from her previous ventures, Nikki took interest to act in it. It is the tale of two siblings and their relationship which is crafted delightfully. After the pre production works, the movie will start rolling in the first week of January 2015. With a long line of projects are currently under preparation to reach theatres next year, moviegoers will be able to choose the best from a list of choices.

It would also be the best opportunity for Rejis and Jexson Antony to establish their presence in the malayalam film industry through their debut movie.