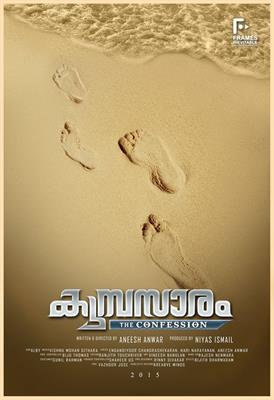 After mesmerizing the viewers with 'Trivandrum Lodge' and 'Thank You', Jayasurya and Honey Rose are teaming up for helmed by award winning director Aneesh Anwar's upcoming movie 'Kumbasaram'. Touted as an exceptional thriller, the movie is the second venture of Aneesh who has already made his own space in the film industry with his debut directorial 'Zachariyayude Garbhinikal'.

'Kumbasaram' will be produced by Niyas Ismail under the banner Frames Inevitable which has already cashed for 'Mosayile Kuthira Meenukal', which was commercially success . Aju Varghese, Vineeth R, Priyanka, Shanavas, Tini Tom, Master Jagguru, Master Aakash, Master Viviswan and Baby Krithika Suresh will give life to other prominent characters in the movie. The child artistes of Philips and the Monkey Pen are joining once again through this family entertainer. For the lines of Harinarayan, Engandiyoor Chandrashekaran, Aneesh Anear, the tunes are set by Vishnu Mohan Sithara.

Alby handles the camera of the movie 'Kumbasaram'. Kochi will be the prime location of the movie. Being a family oriented subject, Honey Rose will give life to a prominent character as done earlier in her acting career. Jayasurya is having a busy schedule in 2015 with a number of movies in kitty. He will be playing prominent roles in quite a number of movies which include Amar Akbar Antony, Aadu Oru Bheekar Jeeviyanu, Jileby, Lukka Chuppi and Shake Hand. Meanwhile Honey Rose has completed the shooting of 'My God'. She is also a part of Shajoon Kariyal's Sir CP opposite Jayaram and 'You To Brutus' helmed by Roopesh Peethambaran.

Aneesh, who began his career working as an associate of Joshiy has also associated with filmmakers Bhadran, Leo Thaddeus and Raj Babu. Fourteen years later as he felt that he was ready to make a film out of a script of his own, 'Zachariyayude Garbhinikal', a female-oriented subject was born. Having novelty in the subject, the movie was well accepted by the audience and even Aneesh won the special Jury award for direction.