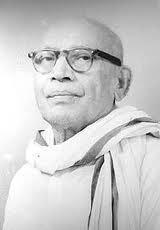 Pattom A Thanu Pillai was an active participant in the Independence movement in India and later served as the Chief Minister of Kerala from 22 February 1960 to 25 September 1962.

Pattom A Thanu Pillai was born to Varadayyan and Eswari Amma in Pattom, Thiruvananthapuram District. His actual name was A. Thanu Pillai. Since he came from Pattom, he was known as Pattom Thanu Pillai and popularly called as "Pattom" His early life, worked as a teacher. He was earned a degree in law and then started practicing as a lawyer. For the active participation in the struggle for independence, he joined the Indian National Congress, and gradually becoming leader of Congress in the erstwhile princely state of Travancore.

After Indian Independence and before the formation of Kerala state in 1956, during the period he became the Prime Minister of Travancore. After "Vimochana Samaram" (Liberation Struggle) against the Communist rule, Pattom Thanu Pillai was elected as second Chief Minister of Kerala - head of a coalition administration in 1960. He was turned in the Power of Kerala Chief Minister on 22nd February 1960 and left office on 26 September 1962. In 1962, he appointed as the Governor of Punjab. Later he became the Governor of Andhra Pradesh (4 May 1964 to 11 April 1968).