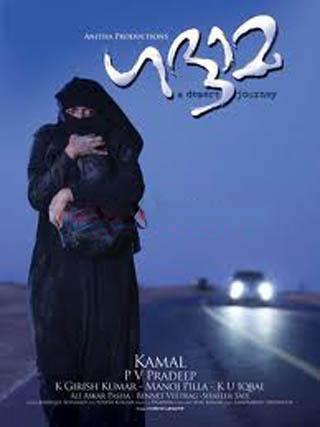 Gaddama is a Kavya Madhavan movie in every respect. It is a perfect comeback vehicle for Kavya. She is not just acting, but living out the character, bringing out in the process, the true picture of a Gaddama employed in an arab household. This character has a universal appeal in the sense that it is not just the story of a malayali woman, but the story of a class of hapless human beings from different parts of the world, who are destined to live out their lives in some arab households braving all the insults and torture they are subjected to, just to eke out a livelihood for their folks at home. Like a candle, gaddamas burn themselves out in desert lands to light up the lives of their beloved at home. 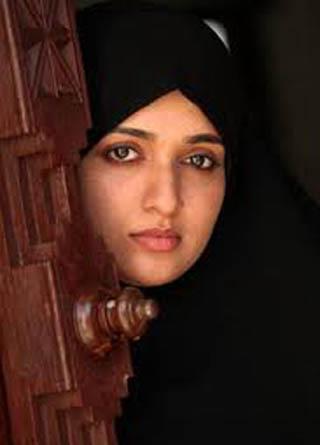 Aswathy played by Kavya Madhavan arrives in Saudi Arabia with a lot of dreams. She is an average malayali girl from Pattambi. Following the premature death of her husband Radhakrishnan, played by Biju Menon, she had to find a way to support her family. Driver Usman promises her a job at the same household where he works.
At the airport itself, Aswathy is warned by another Gaddama while waiting for the sponsor. First few days were without any incidents. She had also the company of driver Usman, and an Indonesian girl Fathima. But before long, life changes for the worse. Harassments and tortures wilt her physically and mentally.
One day Aswathy vanishes from the house. She is wandering about in the desert, without even a drop of water to drink. A social worker, Razack Kottekkad, played by Sreenivasan is on her trail. His findings are truly shocking. More into the story will spoil the suspense.

Relevance of the Story

Story is credited to journalist K.U. Iqbal. Screen play is written by director Kamal and K. Girish Kumar. The subject is of great contemporary relevance as a lot of women from Kerala work as gaddamas or housemaids in the Arabian Gulf, suffering harassments and insults at the hands of their employers. Director Kamal's attempt to bring this issue into focus is a commendable initiative. Gaddamas are relegated to the lowest layer of social life, and their lives are often ignored by the mainstream society. This movie brings out their hardships and the appalling condition in which they live. Hope the authorities will take good note of the message that movie delivers.

As mentioned earlier, Kavya came out with sterling performance. Only that because she is playing a tragic character, audiences miss her sweet smiling face. Sreenivasan in the role of the social worker is also impressive. Suraj Venjarammood did justice to his role as are other artistes.

Cinematography by Manoj Pilla is excellent. Camera creates an excellent mood conducive for the story telling. Music by Benny Veetrag goes well with the ethos of the movie.

It is indeed a matter of great pleasure that Malayalam cinema is making good progress with movies like Traffic and Gaddama. Hope this trend will be continued.