Onam is celebrated by Malayalees, that is people living in Kerala in memory of honest king Mahabali. Onam featival is observed during Malayalam month Chingam which usually comes in English month August or September. 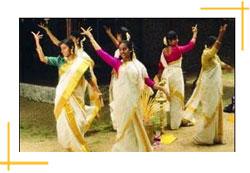 The festival Onam starts with Atham, a day in Chingam. From Atham onwards people in Kerala creates floral design (Pookalam) in courtyard of house for welcoming Mahabali. There are so many activities which is observed during Onam season. The most important among them are Vallamkali, Puli Kali, Kaikottikkali, Thiruvathira Kali.

History and Story behind Onam 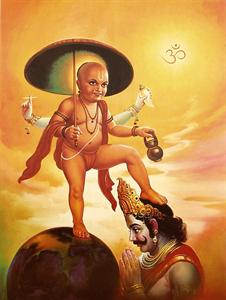 Mahabali a honest king rules Kerala during ancient age. He was a kind hearted king and people all over Kerala love him as a king. There was no sadness, sorrow, child death and poverty in the kingdom due to efficient rule of Mahabali. His popularity increased even to heaven and Gods in heaven gets distracted due to his increased popularity. They think that Mahabali will defeat Gods and capture heaven. Because of this worry they approach Vishnu for ending the age of Mahabali. Then Vishnu came in earth as a Brahmin boy Vamana.

Mahabali was a king who give anything for his people. Vamana approaches Mahabali and asks him three steps of land from his kingdom. Mahabali agreed and ask him to take the land from his kingdom. Suddenly the Vamanan increases in size and with one step he covers all the earth and in the next step he covers the heaven. When Vamanen asks where to place his third step, Mahabali offers his head for placing the third step. So Vamanan suppressed Mahabali to the nether world. But Mahabali loves people of Kerala and asks Vamanan a last wish. His wish was to permit Mahabali to visit Kerala in every year. So Onam is observed in Kerala as a welcome festival for receving the great king Mahabali.