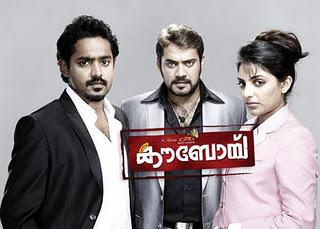 Cowboy is an upcoming Malayalam film from the new director Balachandramenon. The film is produced by Dr. Sudhakaran under the banner of cine castle movie kingdom. The golden pair Asif Ali and Mythili would do the leading roles in this film. While Bala strikes again as villain after the thrilling movie Puthiyamugam. Kushboo also plays a key role in this film. The other castings in this film are Jagathy Sreekumar, Kalashala Babu, Anil Murali, Siddique, Kushboo, Lena, Archana and Master Pankaj etc.

Cowboy is the first action thriller from the new face of Malayalam film Asif Ali. In this film he represents a character of useless boy in the opinion of other people and finally changes the outlooks of his life after some incidents. His pair in this film is Mythli. Both of them play very well in the successful film Salt N Pepper. Hope this also be a success and makes a golden feather in their cap.

Bala came as a villain after the successful villain performance in Puthiya Mugam. Let's hope a good performance again as a villain from his side in this film. He already proves through his films able to handle the action sequence skillfully. The film contains the action performance of both Asif Ali and the Tamil and Malayalam actor Bala. 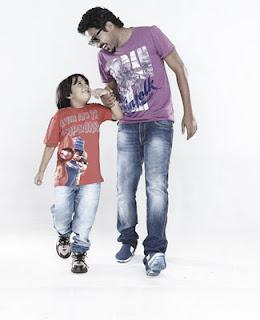 The story deals the life of an aimless youth and changed the outlook after some incident. Asif Ali plays the role of youth. He is labeled as a no use man by the society and the family. A boy enters into his life and changes his life outlook. The role of the boy is casted by Master Pankaj. This incident brings his life to serious one and had clash with the role of Bala. The heroine character is played by Mythili. Kushboo would plays the key role in this film which was previously decided for Shwetha menon. This is her re entry to Malayalam film after a break.

Crew of the film Cow boy

Shooting of this film was carried out entirely in Malaysia. This is the first Malayalam film that shoots entirely in another country. The trailers shows that they were plotted very beautiful sequence from the Malaysia to make this film. The shooting of this film was almost completed and is likely to release this year itself. Let's hope this will get box office success and establish the Asif ali as a solo hero in Malayalam film industry.

Read about Dracula 2012 malayalam movie, a 3D magic from Vinayan shot at Romania. This is the third Malayalam film which comes in 3D format. Sudheer plays the leading role in this film. The shooting of this film is carried out in the Bran Castle in Romania. This film is distributed in the banner of Akash films.