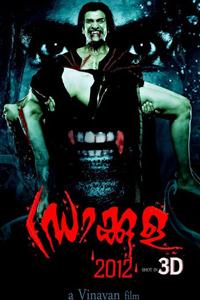 Dracula 2012 is an upcoming Malayalam movie from the evergreen director Vinayan. This is the third Malayalam film came in 3D format. Sudheer play the leading role in this film. The shooting of this film carried out in the Bran Castle in Romania. This film is distributed under the banner of Akash films. Thilakan, Vimala Raman, Rahul Singh and Swetha Menon also play major roles in this film.

Dracula 2012 is the first project of director vinayan which is taken in the 3D dimension. The first 3D film released in Indian history was My Dear Kuttichathan, on 1984. In recent days film makers are rethinking about the technology of 3D. The example of this trend is Vinayan's Dracula 2012 in 3D, and Raktha Rakshas. Let's hope this will bring a new trend in Malayalam film. The film will be released in four language ie; Malayalam, English, Tamil and Telugu. The Malayalam movie Dracula 2012 will be made with latest I-Max 3D fusion technology used in Steven Spielberg's Avatar. This film will be a rain view for the viewers. Hollywood crews are also taking part in this movie.

Vinayan who already has come up with horror characters in the past through movies like Vellinakshathram, Athishayan, Yakshiyum Njanum. He always tries to make different stories and difference in presentation style too. Vinayan himself has penned the story for this film. The film is mainly adapted from the novel of Dracula written by famous author Bram stoker. But this movie is not a mere copy of the novel. Vinayan tries to present the story based on India mythology. The story of this film begin with the spirit of Dracula entering into the body of a forensic surgeon who had worked in Kerala. Thus the film Dracula 3D 2012 develops. 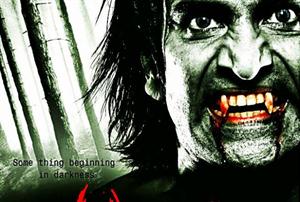 The leading role of Dracula will get the life from the Sudheer Sukumaran. He already had played so many characters as villain in malayalam movies. He also had played some good characters in tele serials too. To suit his body and appearance resembling to the character of Dracula, Sudeer had gone to gym and body building centers. The trailers of the movie Dracula shows how the actor Sudheer is apt for this character.

Shooting of this film is carried out mainly in Bran castle in Romania, which is trusted as the place that Dracula are present. The shooting of this film was also carried out in the cities of Ambalapuzha, Sekandarabad, Goa etc. The shooting of the film Dracula 3d 2012 is developing on the vision to complete it this year itself and likely to release during Onam season. This is a big budget film worth Rs 10 crore. They already have gained Rs 2 crore as the distribution in Telugu and Tamil. The director says that they will utilize the money to make this film technically strong. Let's hope this film get a box office success in this year.