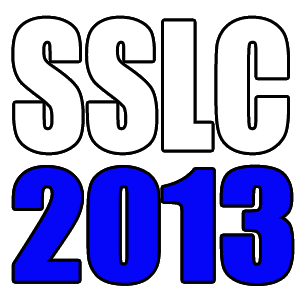 The Education Minister for Kerala Mr. Abdu Rabb announced the result of 2013 SSLC examination Result. The exams were held in the month of March and the Exam committee enabled to declare the result within a short time. Last year the result was published on April 26. SSLC 2013 registered a winning percent of 94.17, which is 0.53 percent more than SSLC 2012 result. In addition to Kerala SSLC examination result, Minister also announced the results of THSLC, Special Schools and AHSSLC

A total of 4,79,650 students appeared for the SSLC exam of Kerala Board. The exam was conducted at 2777 centres which include 9 centres in Gulf and 9 centres in Lakshadweep. 94.17 percent of the students are eligible for higher studies, which is 0.53 percent more than the previous year. Gulf centres registered a winning percent of 98.2 and Lakshadweep with a percent of 74.81. 861 schools registered 100 percent passing percent.

Kottayam District registered maximum passing percent (97.7) while Kozhikode district secured Maximum students with A+ grade. 10,073 got A+ grade in all the subjects among which 1413 students are from Kozhikode. The Minister also informed that 'say' exams of SSLC 2013 will be conducted from May 13 to 18th and the results will be declared by the end of May.

Kerala SSLC Results 2013 will be published on 24th April at 11.30 AM. Deputy director of Education Kerala M D Murali has told the press about the date of results declaration. Students who are waiting for Kerala SSLC results can visit the official websites after the results get published on 25th April 2013. In 2013 4, 79,650 students appeared for the exam. For the first time, the results are published much earlier with 50 centres under 3 zones finishing the tabulation process in record time.

Kerala 10th class or SSLC Results 2013 will be published on official government websites. The Kerala SSLC Results 2013 will be published on 24th April at 11.30 AM, told Deputy director of Education Kerala M D Murali. The 2013 Kerala SSLC results would decide the fate of 4, 79,650 students who had appeared for the exam. Comparing with the previous years, the results are published much earlier finishing the tabulation process in record time.

Kerala state board 10th (SSLC) exam school wise results will be available on official websites. With the Kerala SSLC results to be announced on 24th April at 11.30 AM is would be better to know the websites which publish the school wise results. This year 4, 79,650 students who had appeared for the exam. Other than knowing the results online, SMS facility is also being set.