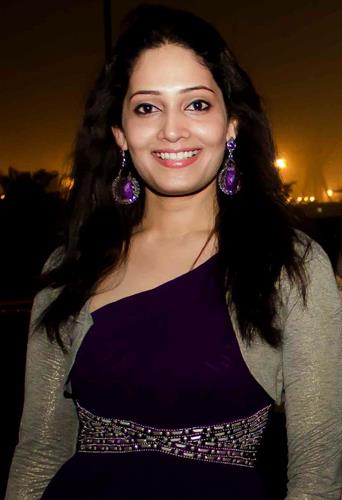 Getting a smooth entry into the tinseltown is a dream of every artist who wishes to be a part of the film industry. After Reenu Mathews and Nyla Usha, now it is the turn of another youngster to step into the world of entertainment. Alisha Mohammed, a native of Thiruvalla is making her acting debut with Kadal Kadanno Oru Mathukutty directed by Renjith. Confirming the news Alisha spoke to SpiderKerala "Yes, I am doing the character role of Rosy, a school teacher".

Alisha who hails from Thiruvalla was working as Administrative executive at Alokozay Group of companies in Dubai landed unexpectedly in the tinseltown. Mega star Mammootty introduced Alisha to director Renjith who didn't think of twice making her the lead heroine in the movie.

Alisha is a young energetic girl much known for her multi-talented personality. After completing MBA in Human Resource Management and Marketing with 1st Rank (Gold Medal) from Mar Athanasious College (MACFAST) Thiruvalla, Alisha had worked with a couple of companies.

Known for her leadership quality, Alisha was an active member of Akhila Kerala Balajanasakyam and also served as the President of Leo Club, the youth wing of Lions Club International Thiruvalla. She was a Radio Jockey of 90.4 FM, the community radio started by MACFAST.

Alisha was the finalist in MBA Grand Challenge a reality show organized by Kairali Channel. Adding more to her management skill she compared the Vanitha Film Awards 2011 and also the Asianet Film Awards 2012 2012 at Dubai Festival city.

Kadal Kadanno Oru Mathukutty is a perfect platform for Alisha for being casted in a movie directed by popular director Renjith and sharing screen space with a legendary actor Mammootty. Hope more projects get lined up for this young actress.

Kadal Kadannoru Mathukutty tells the tale of Mathukutty (Mammootty), a German NRI malayalee. As the actors of malayalam movie industry reach germany for a stage show, Mathukutty is in charge of receiving them. He meets Mohanlal, Dileep and other super stars. Adding more fun to the movie, there will be sequence of shots where Mathukutty meets Mega Star Mammootty.

As a project donned by Ranjith with Mohanlal, Mammootty and Dileep coming together, it would be a clean entertainer capable of keeping the spectators intact. The movie is produced by Shaji Nadeshan for August Cinema. Top most actors in the industry are lining up in this movie which will have 25 days of shooting in Germany.