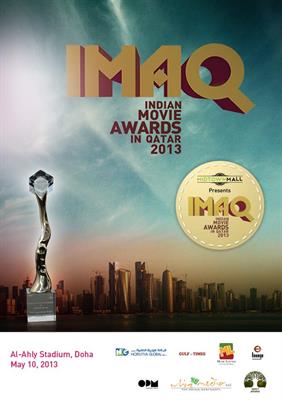 After Dubai witnessing a huge flock of superstars on earth through Mazhavil Azhakil Amma Mega stage show, now it is the opportunity of people in Qatar to have a close look at the galaxy of stars representing the South Indian movie industry together on a platform at Doha, which will be the biggest glitterati event featuring film stars and legends from the music world performing before the audience.

The Indian Movie Awards in Qatar (IMAQ) 2013 is being organized to commemorate the 100 years of the Indian cinema. St at the Al Ahli Stadium, the award night would bring a cluster of actors from malayalam and also other languages. The function which is scheduled to begin at 7 pm will be blessed with the presence of 40 actors and actress representing the malayalam movie industry. Padmashri M A Yusuf Ali will inaugurate the show. Mid Town Mall is the key sponsor of the event while Gulf Times would serve as the official media partner. 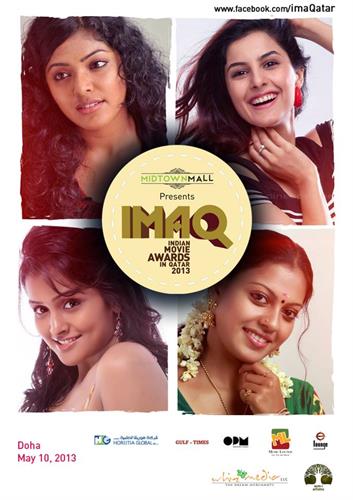 Adding more colours to the show there will be a majestic stage show featuring talented artistes under the aegis of Music Lounge, a newly opened academy of performing arts. A music and dance fusion presented by a team of artistes, mobilised by 'Thndavam' is another attraction. Shiv Mani and Mattanoor Sankarankutty Marar will bring their best performance supported by Stephen Devassy and his own music band 'Solid' giving orchestration support to the show.

Other attractions are veena recital by Rajesh Vaidhya, dance performers from "Bad Salsa" and comedy skits by "Marimayam" team.

For those who wish to attend the grand show can contact through the followings ways.
Call us @ 00974 55317921
Email us @ IMAQatar@gmail.com

It was a cheating,boring, horrible, please don't arrange such bad programmes in Qatar in future, bad camera work, only entertained for dance of rima kallingal, vijay yesudas and skit by navas and team