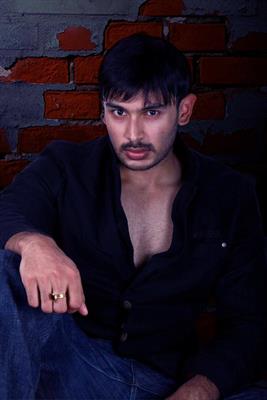 With a number of youngsters using the space to create stardom, yet another actor is on the way to steal the hearts of movie enthusiasts. Appeared as a homophile in 'Mumbai Police', Nihal is on cloud nine after getting noted for his role. Even though he had been a part of movies like Puthumukhangal and Sevens, 'Mumbai Police' was the turning point in his acting career which can bring more fortune for him.

As the movie is receiving positive reports from release theatres, Nihal has been receiving phone calls from all ends praising him for his performance in the movie. This 26 year old youngster finds the movie to be the biggest break in his career opening ways for more choices in the future.

Nihal who appeared as a homophile in 'Mumbai Police' did not think of twice to helm the role as being a new comer with nothing to lose. Director Roshan Andrews gave him the hints about the nature of the person while Nihal had to do his own research before giving life to the character. He had to perform the gay partner of Prithviraj in Mumbai Police.

This MBA degree holder and model could take a firm decision before donning the lifetime role. He took 15 days for the preparation of the character. Even he watched some movies, read books and done some acting practice before facing the camera. During the shoot, Sanjay-Bobby, Rosshan, Prithviraj and the cameraman was only present there.

Nihal who was much confident about his position in the movie, got well appreciation from the whole team of 'Mumbai Police'. The actor is married to Priya, the sister of Poornima Indrajith. But Nihal is not interested to use his movie connections to get more opportunities, but is ready to wait for his time to get better roles which could gather the support of the audience.

As the malayalam film industry is opening doors for young talents, Nihal too would be able to gather a variety of characters which can help him to climb up the ladder of success.