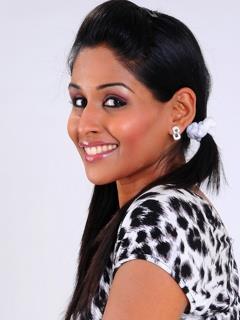 Leena Maria Paul, malayalam actress has been arrested from a south Delhi farmhouse in cheating case. It is reported that Leena and her male friend along with six personal security officers were also arrested in a joint operation by Delhi Police and Chennai Crime Branch. Leena and her friend Balaji alias Chandersekar was hiding in Delhi.

Four weapons were seized from the private security officers having all India license obtained from Haryana and Jammu but not authorized from Delhi licensing branch. A case has been registered under the under sections 420 (cheating), 120B (criminal conspiracy) and 406 (breach of trust).

Nine luxurious cars and 81 expensive Wrist watches have also been recovered from the farmhouse. It is also reported that the actress had been alleged over her involvement in the IPL spot-fixing scandal too.

Twenty-five-year old Leena Maria Paul who was set to make her Bollywood debut with John Abraham in Soorjit Sarcar's Madras Cafe has also acted in Malayalam movies like Husbands in Goa, Cobra, Red Chillies and Nandalala.

Leena Maria Paul a dental doctor by profession had been a part of beauty pageants, modelling, TV anchor and later landed into the world of glamour and entertainment world. She had anchotred Lifestyle Plus Show in Amrita TV.

"Accused have shifted to present farm house on May 12 and their tenant verification form was also received and under verification process," the official said.