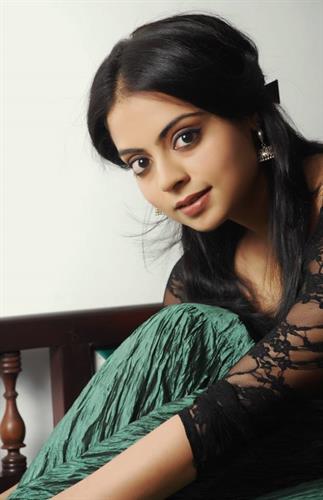 The young actress, Mariya Roy was born on 4th April 1989 (24 Yrs). She hails from Kottayam, Kerala, India. Maria did her schooling in the city of Kottayam itself and entered the film industry in the year 2006, when she was just 17 years old. After acting in her debut movie, Maria took a break to continue her studies. She joined the Loyola College, Chennai, the hub of Malayalam movies and completed her graduation. Now she is again back into the film industry in full force. There are many more opportunities awaiting this talented young star. Her initial project was a huge success and lets hope that she will be successful in her future projects as well.

Mariya Roy's entry into the film field dates back to the year 2006. Her debut movie was the Malayalam teen film "Notebook", directed by Roshan Andrews. It is a movie that says the story of three close friends who is studying in a boarding school. What made the movie special was that it dealt with the subject of teenage pregnancy, which is very relevant in the present era. Roma Asrani, Parvathi Menon and Mariya Roy appeared as the three friends. They gave life to the characters Sarah Elizabeth, Pooja Krishna and Sreedevi respectively. Sreedevi (Maria Roy) who belongs to a close knit family falls in love with her classmate Sooraj (Sooraj Menon) and they end up in having sex. Eventually Sreedevi becomes pregnant. The three friends keep the news to themselves and will approach a near by small clinic for abortion. During abortion, Sreedevi suffers excessive blood loss and dies. From there on, the twist of the movie starts and the role of Maria Roy (Sreedevi) is almost over. Maria was really successfully in giving life to the character Sreedevi, a plus two student with her exceptional performances. The film and the artists did receive positive reviews from the audience and was successful at the box office too.

Maria Roy was then called to play a role in the Telugu movie "Inter 2nd Year", a remake of the Malayalam movie "Notebook". Thus for the first time, Maria appeared in front of the Telugu audience as well. After completing the successful project "Notebook", the young lady was not seen at all in films. In fact, she took a break a rejoined back in the year 2013 through yet another Malayalam film "Hotel California", directed by Aji John starring Jayasurya, Anoop Menon, Honey Rose, Maria Roy and Aparna Nair. Maria Roy appeared as 'Kamala Nambiar', one among the three heroines in the movie. She was able to put forward outstanding performances the second time too. The film was a good entertainer and an average movie at the box office.

In the 2013 Malayalam movie, "Mumbai Police", directed by Roshan Andrews, Maria made a cameo appearance along with the noted actress Shweta Menon and Riyaz Khan. Thus Mariya got an opportunity to work with the director Roshan Andrews, once again. From her two Malayalam films, we can conclude that she is able to do cent percent sincerity to the characters given to her. As Maria is back with full thrust, we might see her in more and more upcoming movies.