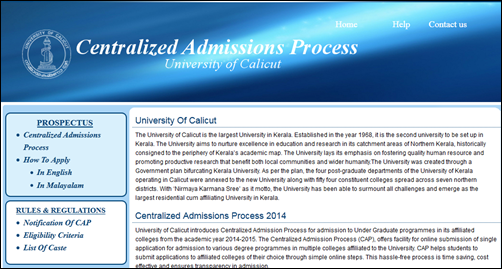 The final allotment to admission in Calicut University for the current academic year will be published on June 23rd 2014. Candidates have to report in the concerned college after getting allotted to book their seat before the prescribed date. The Calicut University first allotment will be available on the official CAP website http://www.uoc.ac.in/ugsw/.

Those students who have applied for admission to Calicut University not through CRP process can check the important dates below.