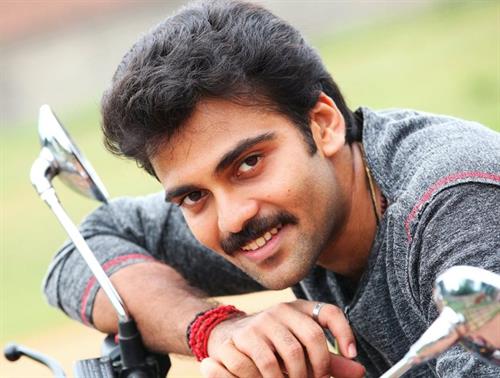 Deva Devan, the upcoming actor of Malayalam film industry hails from Kottayam district of Kerala, India. He is the son of the popular Malayalam actor Vijayaraghavan and is the grandson of the veteran actor N.N Pillai. His mother is Suma and he has a elder brother, Jina Devan. Jina Devan is running a business and is married to Rakhy R Nair. They are blessed with a baby boy - Adrath.

Malayalam film industry is blessed with the kids of popular artists. Pritviraj, Indrajith, Siddharth, Dulquer Salman, Sai Kumar, Vinu Mohan, Fahad Fazil, Jishnu, Shammi Thilakan, Sruthy Lekshmi, Manju Pillai etc are a few to name. Here we have yet another star kid, Deva Devan to be added to the list. Deva Devan started his filmy career by making a debut in the Captain Raju film "Mr. Pavanayi 99.99". He played the lead role in this comedy film, the story of which is been penned by Captain Raju himself. Another peculiarity of this film is that, Pinky Babu, daughter of Ponnamma Babu is appearing in the female lead role. In this movie, Deva Devan appears as the son of Ponnamma Babu and is married to 'Soniya' Pinky Babu. However this most awaited film on the return of Pavanayi has not yet reached the theaters.

Meanwhile, the young actor Deva Devan has signed for another project "Gamer", under the direction of M.R. Anoop Raj. In this movie as well, Deva Devan is given a pivotal role along with Nedumudi Venu, Basil and John. Tomy and Sanu will jointly produce this Malayalam film under the banner of Black Panther Productions. This movie is a thriller with a lot of youngsters behind it. The movie is blessed with the cinematography of Narayana Swamy.

About his two characters, Deva Devan's comments goes like this "Both the characters are entirely different both in appearance and character. In "Mr. Pavanayi 99.99", I play a soft character, but in "Gamer", the character is a sort of rough and tough guy."

Deva Devan has lot of expectations regarding his both films. He is trying his best to follow the footsteps of his father and grandfather. Moreover, being born to a great family of artists, Deva Devan will have acting in his genes and that would help him to perform better and to reach greater heights. Audience too have greater expectations about him. Hopefully his upcoming releases "Mr. Pavanayi 99.99" and "Gamer" will show him his path in the film industry. Most of the star kids was able to mark their presence in the film industry, within a short span of time. Similarly Deva Devan, an engineer by profession might be able to conquer greater heights. Let's wish him good luck for a better future as an actor.