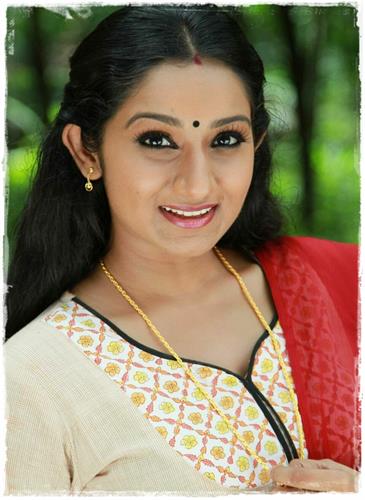 Yet another talented young girl is marking her entry into the world of entertainment. The malayalam film industry who has been the stepping stone for many actors is ready to welcome Thanusree Reghuram who is making her acting debut with 'Nambothir Yuvavu@ 43', a movie directed by Mahesh Sharma.

A professional Bharatanatyam dancer and the beauty pageant winner of Miss Malabar 2013, Thanusree would be playing the lead lady in the movie which tells the love story between a 43 year old unmarried temple priest and an 18 year old girl.

Thanusree a MBBS student of Pushpagiri Medical College having a passion over dance had been keeping it close to her heart for the past 17 years. After being the Kalathilakam during her school days, she received the Central Govt. scholarship for Bharatanatyam from 2002. Thanu was also blessed with many awards at inter-medicos fest which was conducted under the auspicious of Mahatma Gandhi University.

The Miss Malabar 2013 beauty pageant had truly changed her attitude towards life. It was the four day grooming session under fashion choreographer Dalu Krishnadas which gave her confidence to walk through the ramp and finally crowning the Miss Malabar 2013 title.

Tanu who anchored the TV show Veedu in Manorama News was offered with movies, but wished to keep it reserved as she did wanted to give prime importance to studies. Thanu who wish to become a surgeon in the future wish to try her luck in acting too.

Interested to try everything in life, Thanusree who kept her dreams alive in acting, modelling and anchoring which has currently gave an opportunity to make her big screen debut opposite Maniyan Pillai Raju who plays the lead role as Raju Manianpilla.

He dons the character role of a temple priest who finds difficult to get married due to some constraints. But his friends find a girl and try to hook him up with her. Filled with humour, the movie will be a complete entertainer. This would be Maniyan Pillai Raju's second movie playing the central character after the much hilarious Akkare Ninnoru Maran.

So Let us hope that this movie will turn to be a vibrant start for the young Thanu who enjoys every moment of her success.