Dr. Padmanabhan Palpu is regarded as one of the founding fathers of Indian Social and Cultural Renaissance. He was a doctor by profession and a social reformer by action. As a professional bacteriologist, he was trained to fight against the germs, but was forced to struggle against the social evils of untouchability. After having fought so long against the social evils, Dr. Palpu received enough experience in social struggles to pen his thoughts for the benefits of his community members. This enabled him to convey his impressions about the mentalities of the authorities of administration and the religious order to his fellow community members. In the face of the stiff opposition from the members of the upper caste, Palpu stood his ground with conviction and led his brothers and sisters as the apostle of liberty and unfailing champion for their cause. He was responsible for the establishment of Sree Narayana Dharma Paripalana (SNDP) Yogam to coordinate the social movement. He was this organization's founding president. He is also considered as the 'Political father' of Ezhavas, the largest Dalit community in the state of Kerala. 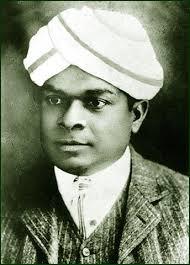 
Padmanabhan Palpu was born on November 2, 1863 in a place called Pettah in the Thiruvananthapuram district of the present-day Kerala state. He was born into a wealthy and well educated Ezhava family. He was initiated into the world of letters at a very tender age. Palpu had his formal education from a reputed school in Pettah. During his time, the members of his community were traditionally involved in toddy and Ayurvedic medicine businesses.

Struggle for Education in the State

Later, he attended a degree course in Maharaja's college in Thiruvananthapuram and successfully completed it. After passing the degree exam, he tried to enroll for a Medical course with the Travancore Medical College. Due to the caste connotations, a seat was refused for him. With the help of his family members, he attended a similar course in a Madras-based Medical College. After successfully completing the graduate course in Medicine, he went abroad to do a Medical training in the specialty of Bacteriology. For this purpose, he enrolled and studied at a Medical University in Cambridge, London. On returning to India, again his caste came in his way to enroll as a professional doctor. Because of this, he could not seek employment with the Travancore Health Service, and he had to migrate to Mysore to get an employment opportunity. This struggle to get professional training and employment in the state left him deeply affected and infuriated.

The bitter experience Dr. Palpu had in getting proper education and training made him aware of the kind of discrimination his fellow caste members were facing for a long period of time, perhaps from time immemorial. Hence, he started to ponder over the way to help his fellow beings to come up in life. After a while, he understood that the members of his community could come up in life only through proper education, and healthy and decent living. So, he decided to spread the awareness about the socioeconomic development amongst the members of his community. For this purpose, Padmanabhan Palpu started to cooperate with the leaders of other communities. As a result, a Malayali Memorial pact was signed to generate awareness amongst the members of signatory communities. He used the numbers enumerated by the Travancore census of the year 1891 to highlight the inequalities prevalent in the state.

Awakening of Mass through Petition Campaigns

Despite of petitioning the authorities about the plight of the people from lower caste communities, there was no response from them. This forced him to send another complaint in the form of a petition to the Diwan and Maharajah of Travancore state. This time Dr. Palpu had the backing of 13,176 Ezhava community members in the form of their signatures. In this petition, he demanded the admission rights for children from the lower castes in the government-run schools and access to the existing employment opportunities in government departments. At that point in time, the majority of posts in government departments was held by the members of upper communities. Through the series of petitions, Dr. Palpu could impress upon the minds of the general public, including those from upper castes, the plight of neglected people of the state. This was the first instance in the Travancore state in which the general public was educated about the social evil afflicting the society through petition campaigns.

The authorities of local government turned deaf ears and blind eyes to the plight of the oppressed people even after they petitioned about the situation to them. This infuriated Dr. Palpu further. So, he decided to seek the help of Indian National Congress (INC) and the British authorities. This move had little effect on the overall situation of the oppressed class. After having learned about the mentalities of the people around, he decided to start an organization to bring together all the affected parties on one platform to showcase their strengths. For this purpose, he sought the blessings and help of Sree Narayana Guru who had begun working on the same theme much before him. As a result of the convergence of thought processes of two great personalities, SNDP Yogam was born in 1903. Dr. Palpu became its founding President and the great Malayalam Poet Kumaran Asan became its founding Secretary.

Working Under the Aegis of SNDP Yogam

When Dr. Palpu was working alone for the cause of equal human rights for the oppressed class, he had to take the independent decision that at times backfired. Under the aegis of SNDP Yogam, he could rely on the help of others like Sree Narayana Guru and Kumaran Asan. These personalities had a huge following in the state. Hence, with the help of their support, Padmanabhan Palpu tried to reach different communities of the state, enlightening them about the need to work in unison for the common good.
He further told his followers to pursue their interest in agriculture and industry to become independent financially. To further tell about the virtues of this belief, he organized an exhibition on agricultural and industrial development in different places in the state. Due to this innovative medium, the people of the state started to think on these lines and amassed the required resources to start new ventures. This move heralded a new era of development in the society in which even the oppressed class members participated.

End Result of the Struggle

The efforts by this great visionary and social reformer bore fruits towards the fag end of his political and social career. As a result of this, the doors of the government schools and religious institutions opened up, and the access to the existing employment opportunities was granted to the members of oppressed castes. New job opportunities in the private sector were made available through the opening of new agricultural and industrial ventures in the state. Even the lower caste members got selected to the State Legislative Assembly to represent the people of their castes to speed up their economic development.

Dr. Padmanabhan Palpu was a visionary and social reformer. Though he was from an affluent family of an untouchable community, he could not get the deserving job opportunity and recognition from the state due to the disgusting caste equations. These incidents left a deep impact on his mind and infuriated him. Initially, Dr. Palpu charted his own course by organizing signature and petition campaigns to enlighten the authorities and the general public about the bad state of affairs of the oppressed classes in the state. These efforts did not bring the change to the desired level. Hence, he sought the help of cultural luminaries such as Sree Narayana Guru and Kumaran Asan to reach the wider audience. With their help, he organized the agricultural and industrial exhibition to convey the importance of socioeconomic development of the society.