Dipika Pallikal is an Indian Squash Player who hails from a Malayali Christian family. When WSA published the list of 10 top players this year, she was amongst the players who got into the list. With this, she became the first Indian woman player who found a place in that list. This sudden rise in the world-wide ranking was the culmination of her success in the games in the recent past. In fact, she had won 3 WISPA tour titles in the year 2011. After this feat, she improved her rank to 13. Later in 2012, she improved her overall ranking to come within the top ten ranking. This was made possible due to her stunning performance in the Tournament of Champions and Australian Open in the year 2012. She ended up as a runner up in the former tournament and reached the semifinal stage in the latter tournament in that year. In 2013, she has won her sixth WSA title by winning the Meadowood Pharmacy Open. Giving personal touch to her career, she is getting married to Dinesh Karthik who is a member of Indian cricket team. The marriage is likely to take place in the beginning of the next year. 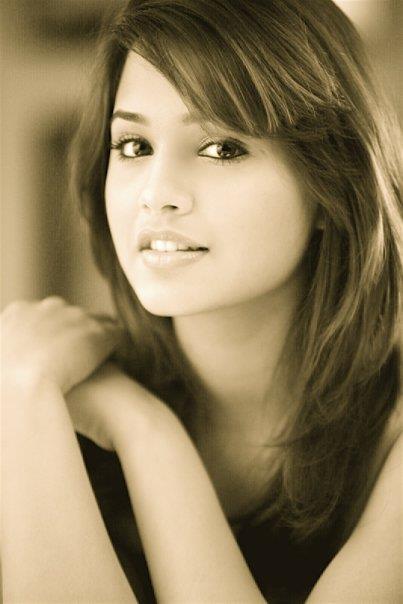 Dipika Pallikal was born on September 21, 1991 into a Malayali Christian family settled in Chennai, Tamil Nadu. Her parents were Sanjay Pallikal and Susan Pallikal. They hail from a place called Pallikal in Kerala. Her Pallikal family had produced a number of sportspersons in the past. Her mother was a captain of India's women's cricket team in the past. Her grandmother was a state-level athlete. Dipika's grandfathers had also proved their mettle in the field of sports. Her paternal grandfather was a Services National high jump champion. On the other hand, her maternal grandfather was a basketball player who represented three states in different games. She has two sisters and they provided her all the support to help her achieve her goals in her life.

Tryst with Squash Game and Education

Being the youngest of three sisters in the family, she was active in her childhood. She liked to play tennis both at home and outdoors. However, the destiny had another game for her. In the year 2002, she had to accompany her friend on her insistence to a summer squash camp for children in Chennai. While looking at the game, she realized that her athletic body could get more adapted to this game than the sport of tennis. Moreover, she loved the feel of the squash racquet in her hand than anything else. From that point onwards, she never looked back and trained hard under the able tutelage of the coach Hariom Tripathi. Her hard work paid off and she won her first Indian Juniors National title in the same year.

Since she was undergoing the training, Dipika never had the liberty and luxury of a child of her age. Due to her busy schedule in training, she never had time to socialize with others. Moreover, she was put under strict food regimen. Because of this, she had to avoid taking high-calorific foods such as chips, chocolates and other diary food items. However, she did find enough time to pursue her degree in English Literature on and off the court. Currently, she is pursuing this course from a Chennai-based college.

Professional Training in the Game

The love of the game took Dipika Pallikal away from her family. At the tender age of 14 years, she got separated from her family and moved to an alien land for getting trained in the game of squash. The motivation to do well in a game of her choice kept her going in the training camp in Egypt. At the training camp in the year 2011, she was training under Amir Wagih who was the coach of the Egyptian squash team. Later, she did her advanced training in the game in London under the supervision of Malcolm Willstrop. As a result of these trainings, she maintained her winning streak in various games in subsequent years. During this period, she was ranked No. 1 in the under-19 category and highest ranking woman player from the country.

Professional Career in the Game

Initially, the Dipika's career in the game of squash was filled with ups and downs. Later, towards the end of 2011, she began to perform consistently. In the month of September in that year, she won three WISPA titles, one after the other. The winning streak started in that year with the winning of the Orange County Open in Irvine. She got her second title when she won another WISPA tour event in the United States of America. The third title came in her way when she won the Crocodile Challenge Cup in Hong Kong. With the winning of three titles in one year, her overall career ranking improved to 17. During the subsequent year, she maintained her winning ways and shot into limelight. She became an important player to reckon with when she put up the stupendous performance in the World Open. By February that year, her ranking improved to reach within top eight. When she reached in top eight rankings, she surpassed her earlier rank of 14 and overtook the rank set by the former national champion Misha Grewal in 1995. Misha Grewal had the career best rank of 27 when she retired from the game. In February 2013, she won her sixth WISPA tournament by defeating Joe Chan of Hong Kong in straight sets to clinch Meadwood Pharmacy Open title.

In the year 2012, Dipika Pallikal became a member of the Indian squash team. In that year, the Indian team took part in 2012 Women's World Team Squash Championship and came fifth in it. At that point in time, the Indian team was seeded seventh in the world-wide ranking. In the qualifying match of the above mentioned tournament, the Indian team had beaten higher ranking Netherlands and Ireland teams. In the course of the tournament, Dipika won against the players like Madeline Perry. When she was with team India, the players like Joshua Chinappa were her teammates. After breaking into the top ten ranking, the country decided to honor her with the Arjuna Award. With the receipt of the second highest sporting award, she became the first female squash player ever to be honored by the country.

During her leisure time, Dipika Pallikal enjoys wielding the scoop. She loves to cook and eat South Indian cuisine, especially the seafood. Right from the childhood, she was a lover of good books. She used to read books whenever she got the time. In this context, it is worth to mention about the books she loved most. Few of her favorites are "Open" by Andre Agassi and "Rafa" by Rafael Nadal. Dipika also enjoys watching movies, especially those movies that have hit the box office. When such movies hit the theatres, she somehow manages some time off and goes to the theatre for watching them. In 2013, Dipika Pallikal's alliance with the noted Cricketer Dinesh Karthik got solemnized in Chennai. The marriage is certain to happen in the next year.

Dipika Pallikal is a senior squash player from India. She became a squash player for her love for the feel of squash racquet she held at a summer training camp as a child. Since then, she had undergone a rigorous training under the watchful eyes of the coach of the Egyptian squash team and a well established trainer in England. After her meticulous training, she began to cast her impression in the world tour circuit of squash tournaments. After initial ups and downs, her winning streak steadied and she began to win various WISPA tournaments. In 2011, she won three WISPA titles. Subsequently in 2102, she won the World Open to improve her ranking from 17 to a rank within top ten. Her success in the world of sport did not go unnoticed. For this feat, she was awarded with Arjuna Award by the country. With this, she became the first Indian women ever to get the coveted second highest sports award of the country.